I’d like to say a few words about this chart. 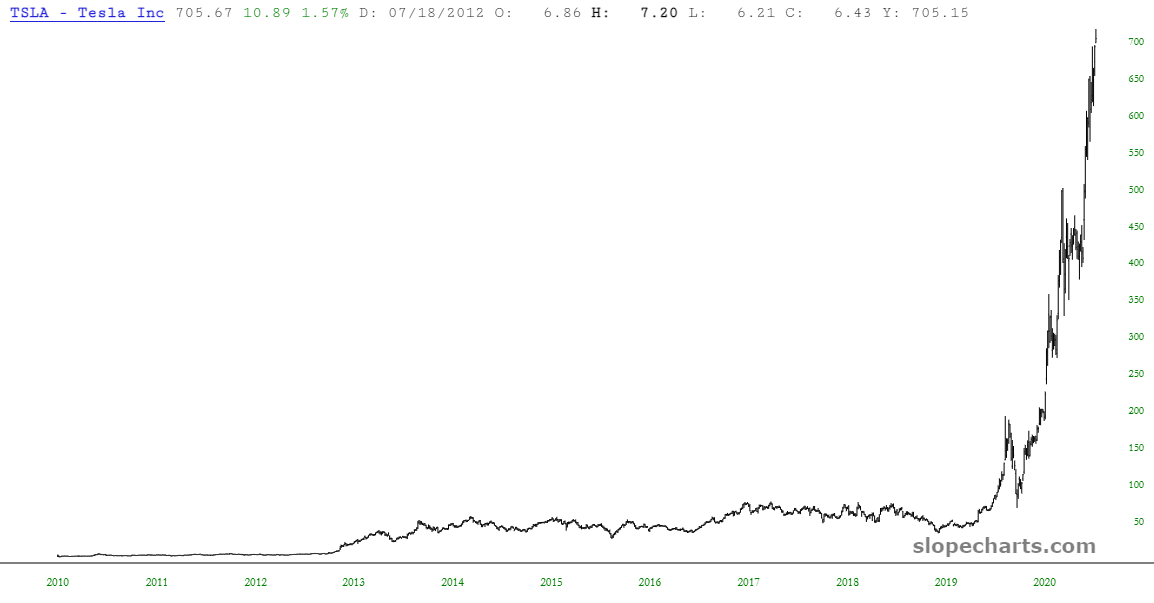 What you are looking at is Tesla (NASDAQ:TSLA). I have clearly shown it via an arithmetic scale for dramatic effect, but the prices are true. That really, truly is what the price has been doing. Which is why Elon Musk made $140 billion last year. (When I started in this business, Michael Milken made $500 million as the junk bond king of the world, and everyone thought such an income to be scandalous.)

But this isn’t about Elon, or Milken. It’s about the, oh, let’s say, top 1,000 employees at Tesla. The senior managers. The directors. The middle managers. The early employees. Basically, the crew that, in normal times, which were either middle-class or upper-middle-class professionals, have made millions (or tens of millions) simply be being at the right place at the right time.

The Silicon Valley has been through this kind of thing before. There are ups and downs although, let’s face it, a lot more ups than downs, particularly over the past dozen years. But, as a thought experiment, let’s just suppose that, over the course of 2021 and 2022, Tesla stops ascending and meanders its way down to, oh, let’s say, $400.

Now, $400 isn’t some crazy wild-bear-eyes price. Indeed, TSLA shareholders would have absolutely jumped for joy if, a year ago, you said the price would eventually be $400. But it went way past that, so a move to $400 would be a drop of about 43%. Even at that price, TSLA would be really, really, really expensive (a P/E of about 500 or so) and Elon would be super-crazy-rich.

But get into the heads of the aforementioned 1,000 employees. They’re still in great shape. They’re still rich, by and large. But they’d be kind of ticked off. Disenchanted. Upset. Bummed. All kinds of negative feelings. Because if you get richer through no direct effort on your part – day after day, week after week, month after month – you kinda get accustomed to it. You get even a sense you’re – shall I use the word – entitled to it. If it went from $70 to $700 in a year, why not $7,000as the next stop? Huh?

So what would happen with such a grind? How many of those 1,000 people would, in some form, opt to leave? You know how fickle people are about money and stocks. OnMarch 23, 2020, people hated, just hated, the stock market. They wanted it shut down! Do you remember? And now? Oh my God, it’s ecstasy.

Anyway, a drop to $400 (which, I must emphasize, is a totally pulled-from-my-hat price, based on absolutely nothing, but only to make a point) would cause quite a brain drain, which itself would fuel the bad flames. Apple (NASDAQ:AAPL), for example, absolutely underperformed as a stock for years and years and years. Tons of people left (or were fired). Only after the company was public for 20 years did it get on the road to being a blue chip.

I will say one thing in Tesla’s favor, however. I’m toying with the idea of getting a new car this year, and it would be an all-electric one. You’ve probably heard that a lot of big car makers have TSLA in their sights, and they’re rolling out EVs of their own. So I considered, perhaps, the Porsche Taycan.

Well, it’s pretty enough. But the thing is $170,000. Why the hell would I pay twice what a nicely-appointed Tesla Model S for a car which is essentially the same thing? Added to which, there are a gazillion TSLA superchargers all over the world, whereas the weird-ass plug that Porsche needs doesn’t exist anywhere. So, umm, yeah, I’m stick with Tesla, no matter what TSLA itself does.

Anyway, as the year begins, just keep in mind how at-the-mercy-of-the-market these high-flying companies are, principally because their employees have become absolutely accustomed to making ungodly sums of money with no extra effort. If the first few hours of trading at this start of the year can help drive my point home, trees do not grow to the sky. 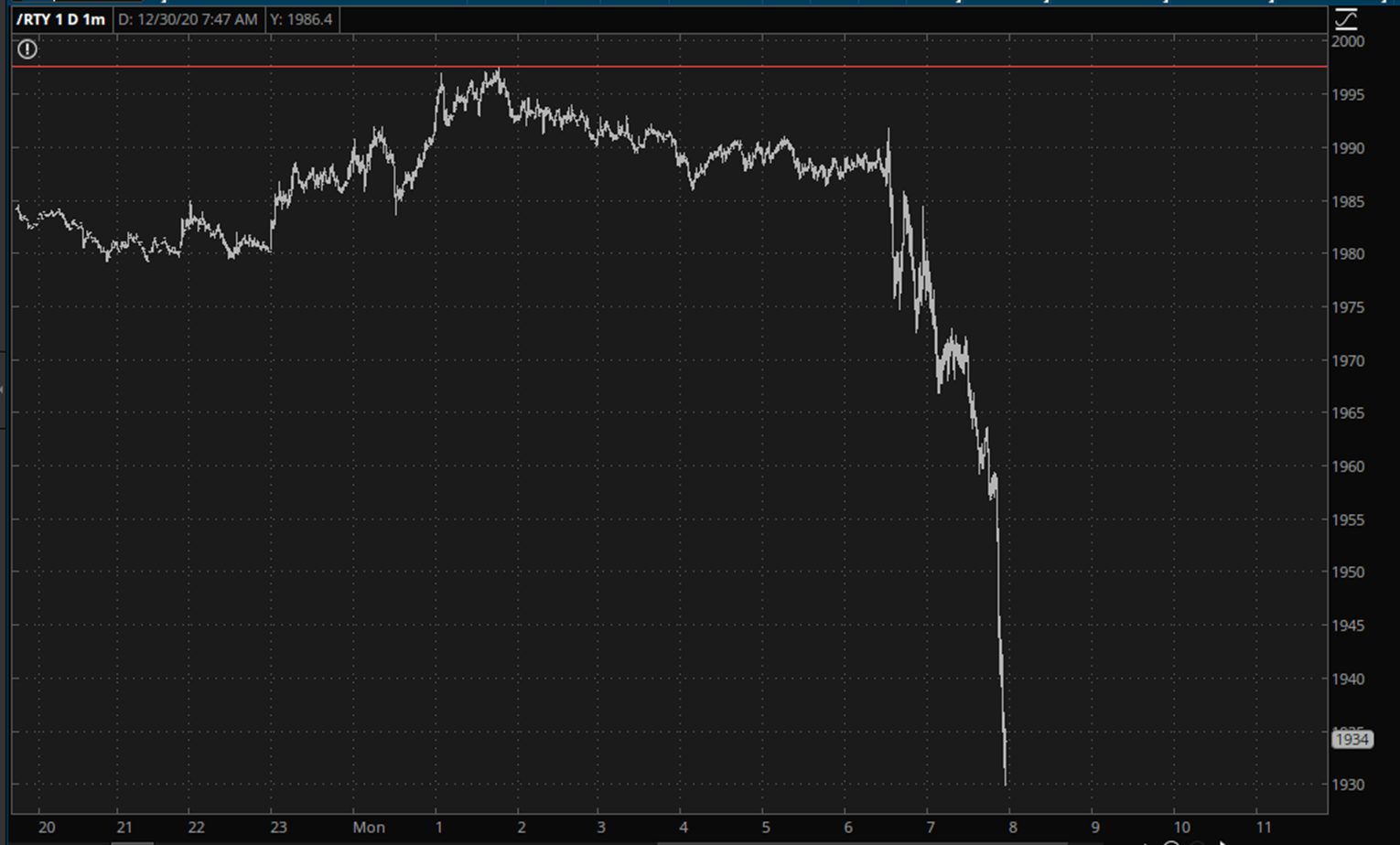