One of the events that marked the close of 2020 in the cannabis sector was the announcement of the quarterly rebalancing of the two main exchange-traded funds (ETFs) that offer exposure to a cross section of companies in the industry.

The exercise added six stocks—three new stocks to each of the ETFs. These equities could be worth putting on your watch list.

The two ETFs are managed by the Canadian-based firm Horizons ETFs. One fund, the Horizons US Marijuana Index ETF (NLB:HMUS), concentrates on American players, while the other, Horizons Medical Marijuana Life Sciences (TSX:HMMJ), focuses primarily on Canadian companies in the cannabis space.

HMUS is the world’s first US-focused marijuana index ETF. It aims to replicate the performance of the US Marijuana Companies Index, which includes many prominent names in the cannabis as well as the hemp industries. Some trade in both Canada and the US. 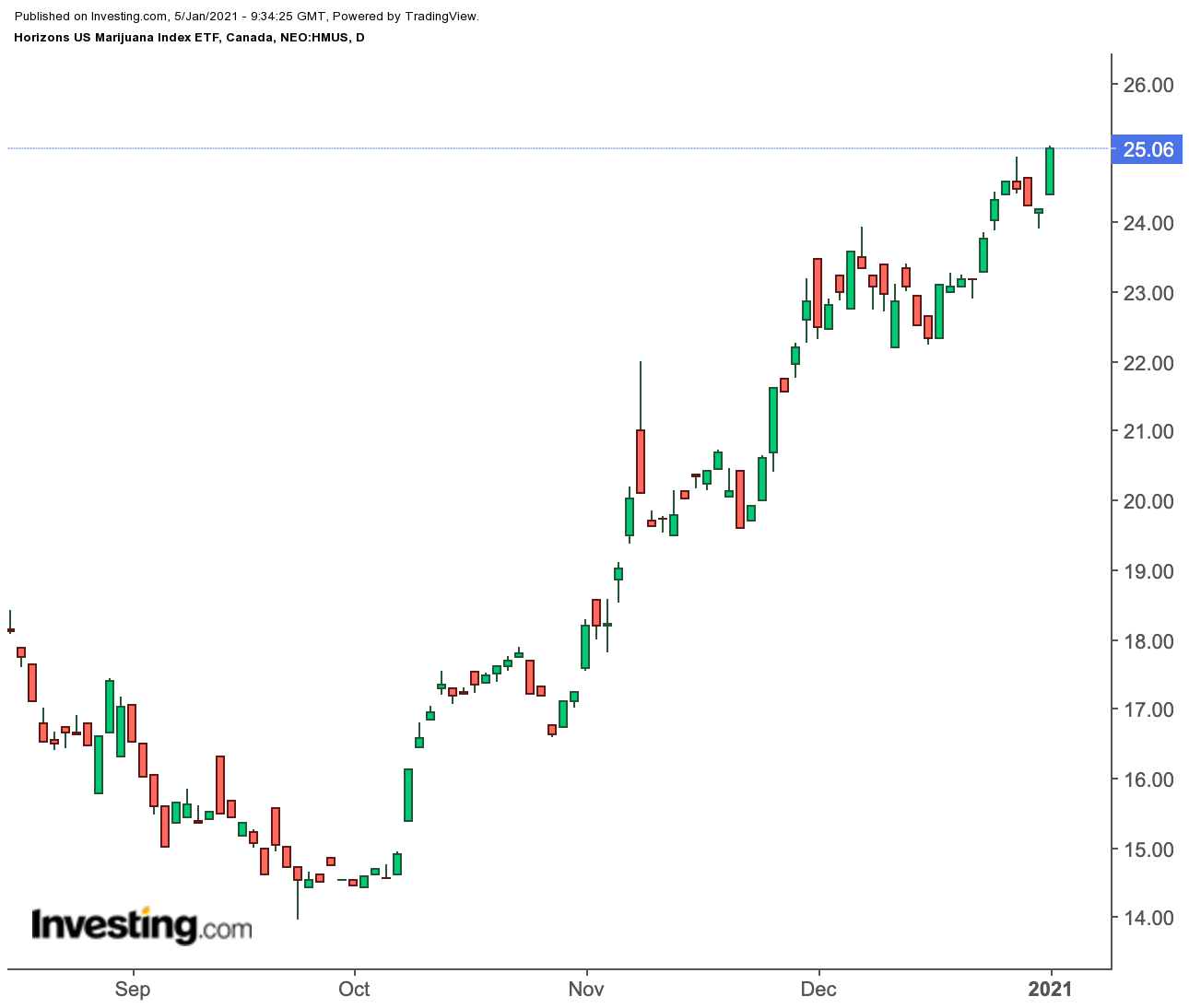 The three new additions to the ETF are:

Horizon’s HMMJ cannabis ETF was the world’s first ETF in the cannabis space. It aims to replicate the performance of the North American Marijuana Index. All of its members have a market cap of more than C$75 million (US$59 million). 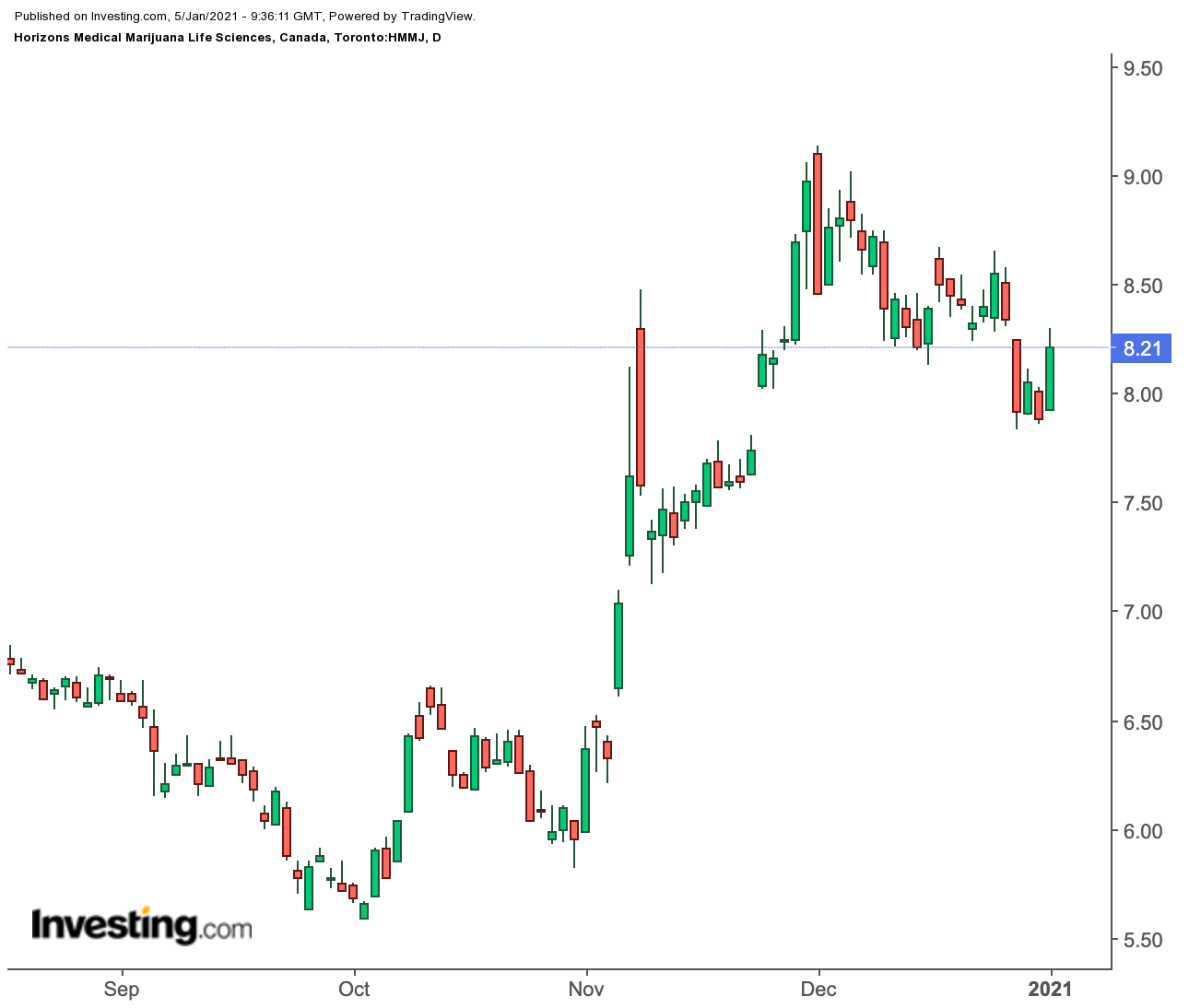 The three new additions to the ETF are: