Equities wrapped another strong week as investors remained focused on the U.S. economic reopening, and sectors that are going to benefit from it.

Besides these reopening trades, were again on fire grabbing headlines and contributing to concerns that the rampant speculative activity could derail the post-pandemic bull market. Keeping that in mind, below, we have put together a list of three stocks which could dominate the market action this week.

The shares of AMC Entertainment Holdings (NYSE:NYSE:), the most popular meme stock these days, could see trading activity as some investors race to cash in on their hefty gains. 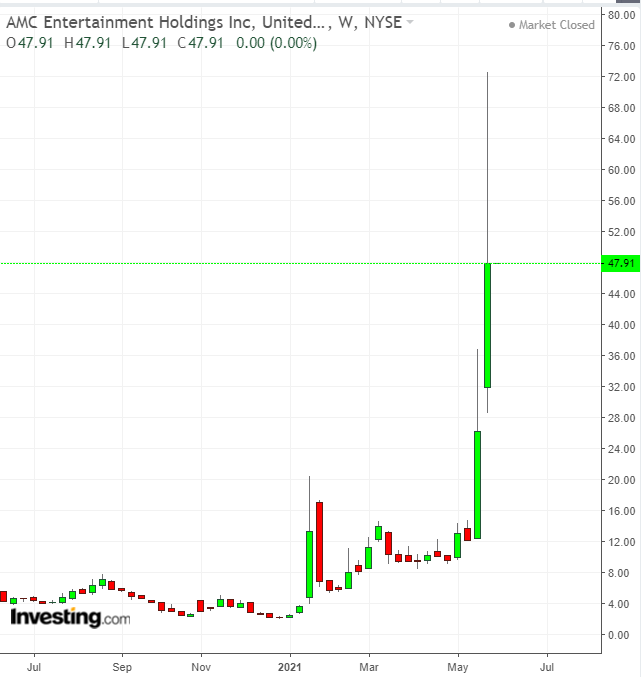 Among those are the company’s executives and directors who sold $8 million in shares of the money-losing theater chain in the past week, according to regulatory filings. Two board members and four executives sold at near record prices, after the stock surged more than 80% in the past week.

The stock closed on Friday at  $47.91, down about 8%.  That follows a day in which AMC’s eye-popping rally was interrupted by the company’s plans to sell more equity.

The stock’s surge has enabled the movie-theater chain to sell equity to shore up its that left AMC close to bankruptcy only a few months ago when the pandemic forced closure of its theaters and competition from streaming services surged.

Another meme stock which could steal investors’ attention this week is GameStop Corp (NYSE:) which is scheduled to report its quarterly earnings on Wednesday, June 9, after the market close. Analysts, on average, expect the video-game retailer to report  $0.67 a share loss on sales of $1.13 billion.

GameStop shares have soared more than 1200% this year on frenetic buying by individual investors. The stock closed on Friday at $248.36 after falling more than 3%. Like many other meme names, GME stock is also detached from fundamentals. 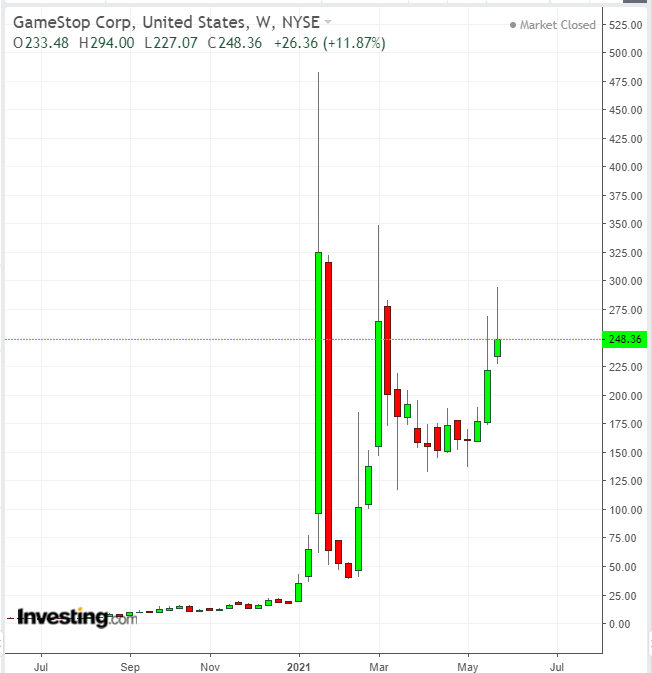 The past quarter was the company’s 12th straight quarter of declining sales amid a challenging environment for the brick-and-mortar game retailer. In March, GameStop brought in several new executives to accelerate its shift to digital. It also appointed two other executives with tech experience as part of a push by activist investor and board member Ryan Cohen to make the brick-and-mortar chain a digital powerhouse.

The online pet-products retailer, Chewy Inc. (NYSE: NYSE:), will report its latest on Thursday, June 10, before the market open. Analysts are predicting three cents a share loss on sales of $2.12 billion. 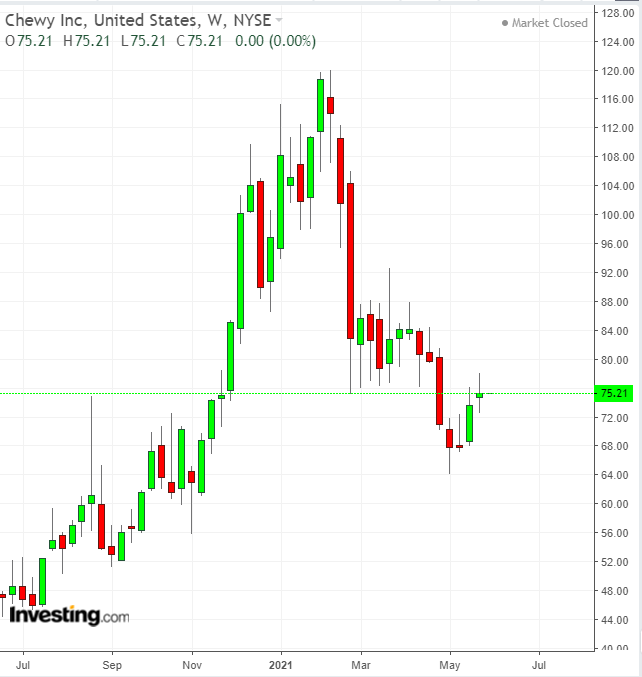 After the pandemic-driven to e-commerce sales, when people stocked up on food and toys for pets, Chewy expects this trend to continue. The retailer reported in March that its customer base grew by 43% to 19.2 million active users, helped by the coronavirus blight which drove millions of new customers to adopt pets and use its online services.

Chewy expects net sales between $8.85 billion and $8.95 billion in 2021, implying about 25% growth compared to last year as the company remains in its  early phase of growth. Chewy shares closed on Friday at $75.21, after falling 16% this year. During the past one year, they have gained more than 50%.