With prices hitting another seven-year high, the analysts have begun to turn their attention to natural gas stocks. Based on the fundamentals, it looks like natural gas prices will remain high if not continue to rally in the near term and that is good for both revenue and earnings now. Longer-term, lower than usual inventories ahead of the oncoming winter months in both Europe and the US promised to keep demand and pricing for natural gas high through the winter as well. The bottom line for investors is that natural gas stocks are in the best position for both revenue and profits that they’ve been in for years and the market is taking notice.

1. JP Morgan Has 7 Themes In The Energy Sector

Analysts at JP Morgan issued an outlook for investing in the energy sector that covers seven major themes. Among them is outsized exposure to Natural Gas Liquids such as propane and Range Resources (NYSE:) is well-positioned in that regard. JP Morgan upgraded the stock to neutral from underweight in its report, bringing its rating in line with the broader market, and we think it will get upgraded again soon. The broad consensus for range resources is a Hold but the sentiment has been edging higher in tandem with nat-gas pricing.

Notably, the consensus price target is up 25% over the last 90 days and is still lagging behind the stock price. JP Morgan just set the high price target of $20 which assumes an upside of roughly 3%. 3% isn’t much for investors to get excited about but we view that target as the first in a series of targets that will have this stock trading near the 2016 high by the middle of next year. The 2016 high is above $45 and worth more than 125% in upside for investors. It is also worth noting that Range Resources is carrying a high 15% short interest that could result in a rapid acceleration of its price action.

Analysts are expecting range resources revenue to more than double in the 3rd quarter from last year and produce 2-year revenue growth of 12.7% The company is expected to report earnings in late October. 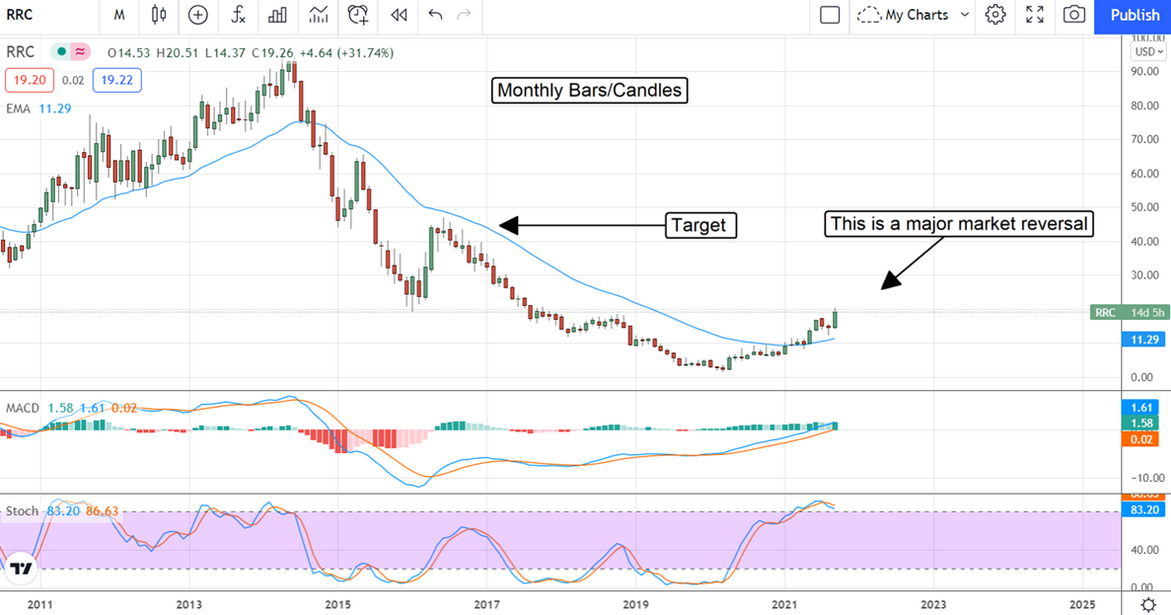 2. Matador Resource Runs With The Bulls

JP Morgan also issued an upgrade for Matador Resources (NYSE:) calling it out as a top pick among the combo producers. The combo producers are in a good position to leverage gas prices and that should help drive earnings. JP Morgan gave Matador a two-notch upgrade to Overweight from Neutral and assigned a price target of $37. That’s worth about 20% of upside and compares to the consensus target and the high price target of $36 and $50. The high price target was set by Truist late in the summer and assumes roughly 60% of upside is available in this stock. The broad consensus in Matador Resources is a Buy bordering on Strong Buy

The data from Marketbeat.com has the analysts expecting Matador Resources to post another record-setting quarter in the third quarter with revenue in the range of $365.70. This is good for a small single-digit sequential increase and a 30% increase over 2019 that will come with similar gains in earnings.

Shares of Matador Resources are pulling back a bit in the wake of the upgrade but price action remains bullish. Price action in Matador Resources hit a bottom earlier this year and is now on the verge of confirming a head-and-shoulders reversal. The baseline of the pattern is near $32.50, a level that we expect to see surpassed very soon. In our view, a move above $32.50 should take this stock up to the $40 level if not higher. 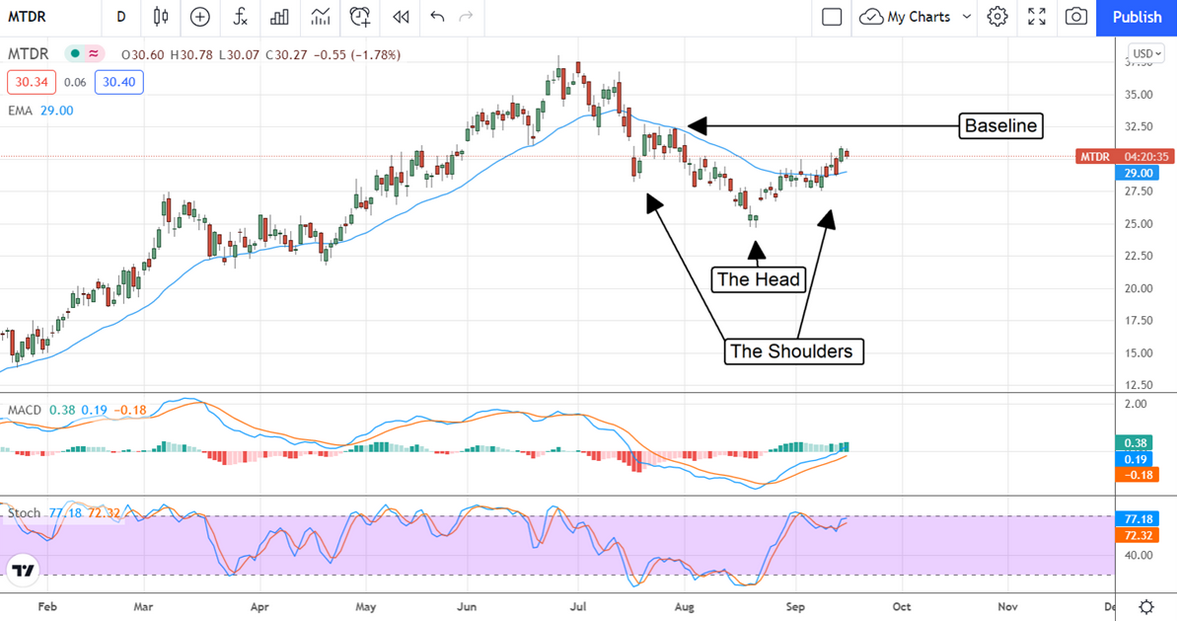