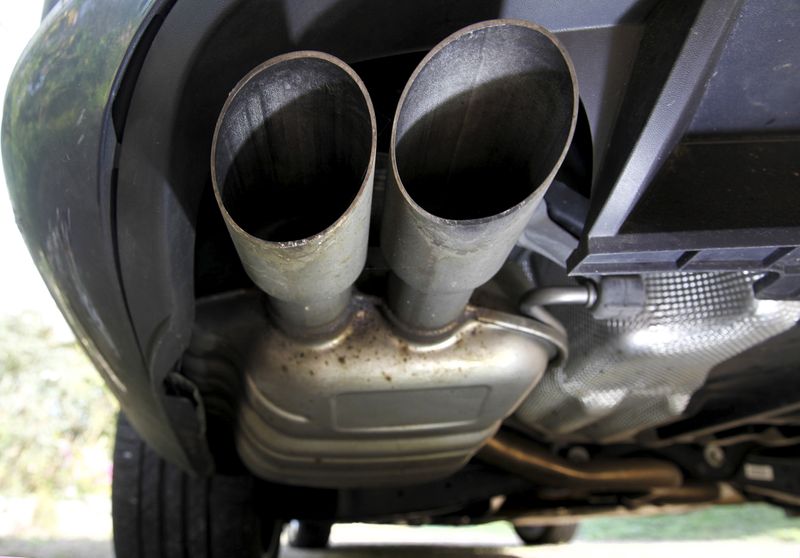 © Reuters. The exhaust system of a Volkswagen Passat TDI diesel car is seen in Esquibien, France.

The state attorneys general, including from California and New York, filed suit in the U.S. Court of Appeals for the Second Circuit over the decision announced in the final days of the Trump administration.

NHTSA said last month it expected the final rule to cut future burdens on industry by up to $1 billion annually.

A spokesman for the U.S. Transportation Department, NHTSA's parent agency, declined to comment on the legal challenge but said it is "reviewing this and other recent rules for consistency with the environmental, equity and other policy directions of this new Administration."

A group representing major automakers did not immediately comment on Tuesday.

Congress in 2015 ordered federal agencies to adjust civil penalties to account for inflation. In response, NHTSA issued rules hiking fines to $14 from $5.50 for every 0.1 mile per gallon a new vehicle consumes in excess of required standards.

Environmental groups urged the Trump administration to retain the increased penalties, noting U.S. fuel economy fines lost nearly 75% of their original value because they had been increased only once – from $5 to $5.50 in 1997 – since 1975.

President Joe Biden has also ordered a review of the Trump administration's decisions to roll back vehicle emissions standards through 2026 and bar California from setting vehicle tailpipe emissions limits.