Creeping deterioration gave way to early selling, taking the to 4,515. The bears fumbled again, and credit markets, judging from yesterday’s close, don’t look like giving them another opportunity. The barely moved higher, and the shape of daily sectoral rotations doesn’t favor a larger decline.

Today’s ADP employment change isn’t likely to be favorable to the roaring economy story, but the deceleration of economic growth should still prove temporary – the credit spreads point to a revival that’s coinciding with financial stress abating. As the Fed isn’t likely to pull the rug from underneath, the slow grind higher in paper and real assets is about to continue as financial markets remain the destination for the fresh money created. And no shadow tapering of M2 or debt ceiling is likely to change that.

Moreover, look for inflation woes to keep gaining steam and prominence going into the year end. It will be an ever bigger problem for 2022 and the years ahead. The dollar isn’t in a position to take too much of the cost pressures off, and the job market isn’t either. 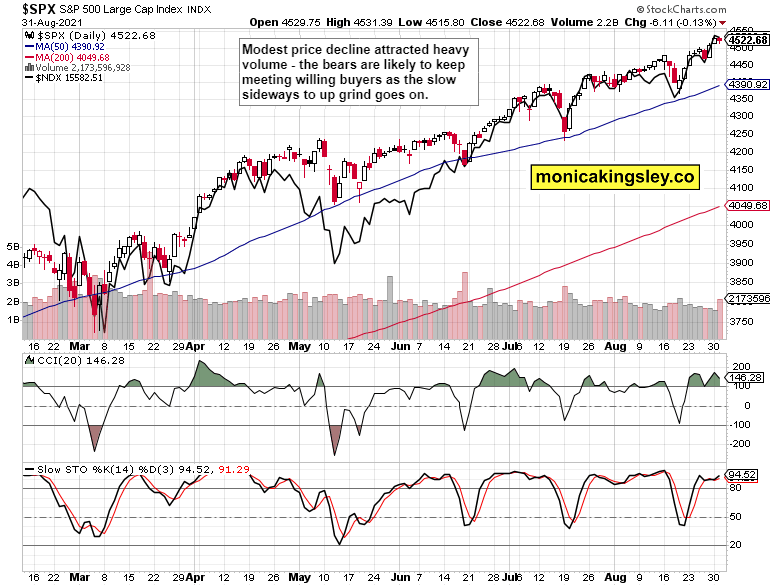 Yesterday’s consolidation looks to have done the job thus far, and the bulls are likely to embrace a poor jobs figure as it will indicate the Fed wouldn’t likely even think about taking the punchbowl away a little.

and gold miners scored an upswing yesterday, and the price recovery is likely to go on. The headline risk is certainly to the upside these weeks. 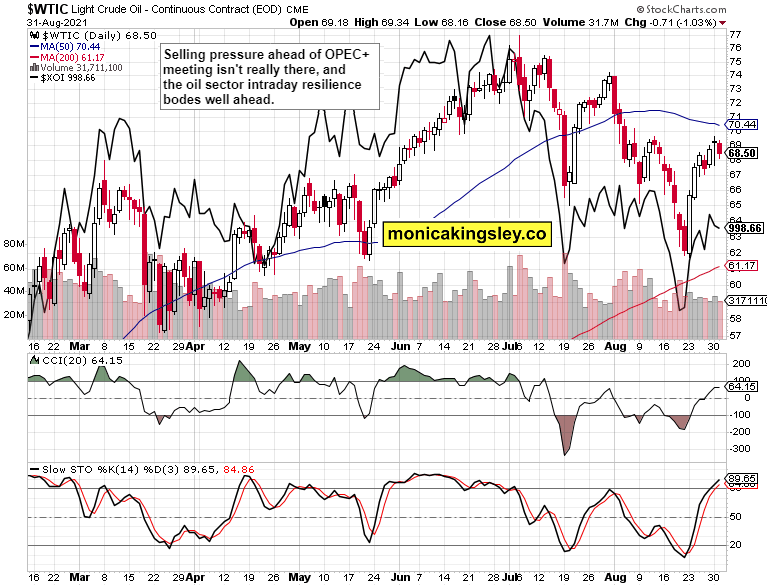 keeps consolidating without rolling to the downside. There isn’t too much conviction behind yesterday’s downswing, making the market positioned for an upside surprise. 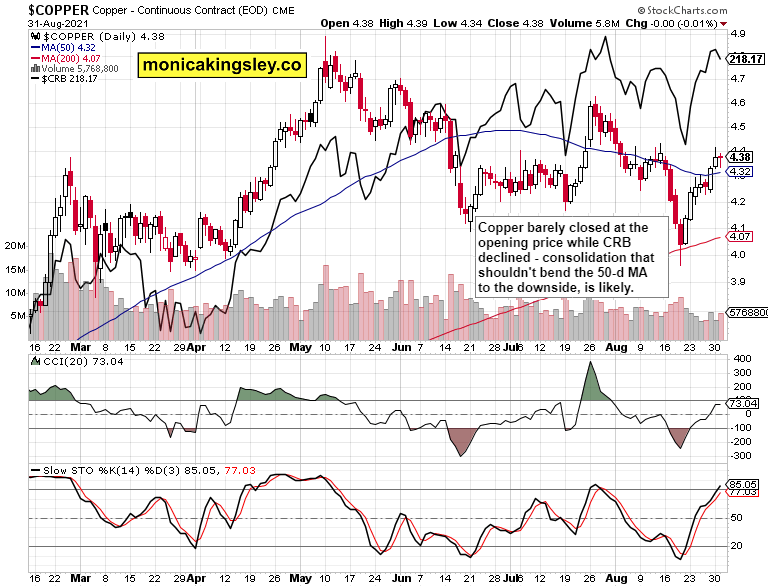 CRB Index is pointing lower, but stubbornly held ground. That’s not likely to stay that way, but I’m looking for any dip to be reversed relatively soon, and not to take the red metal below the 50-day moving average for too long. 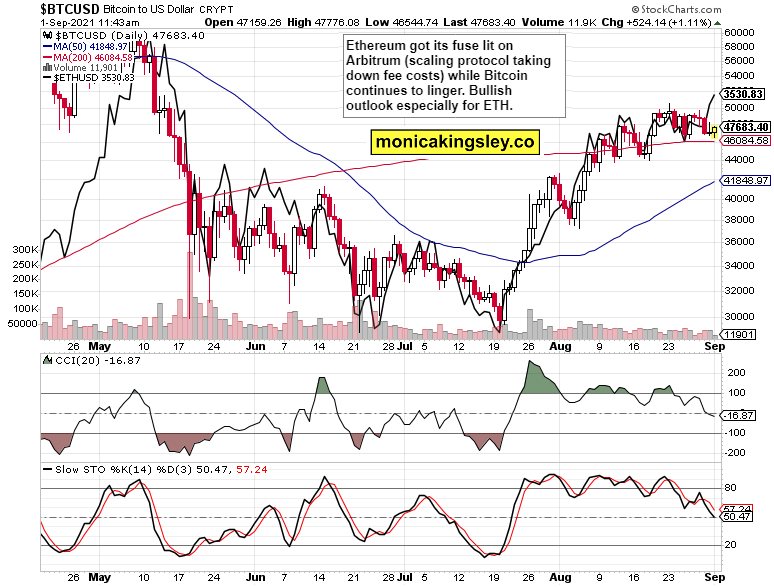 If there is one thing that Ethereum performance shows, it’s that there’s a lot of life in cryptos, but Bitcoin isn’t reaping the rewards at the moment. Look for the upswing to continue, and for Bitcoin to join in eventually.

Risk-on trades still appear to be questioned. Yesterday’s move didn’t convince one way or the other. After the taper uncertainty got tapered, look for attention to shift to the real economy growth. Underneath the surface, the potential for precious metals to take a cue from any hiccup and rebound, is increasing.