It’s quite easy for future retirees to get distracted in a market where some of the most speculative stocks are making headlines. The old-economy stocks that have solid business models and steady cash flows are nowhere to be seen when Reddit traders are inflating values of unknown names or high-profile companies are investing in famously volatile Bitcoin.

But if you're in the market to secure a steady income stream for your golden years, it’s important not to overlook those boring names that quietly but reliably send dividend checks to investors, without missing a beat.

Below, we've short-listed three top dividend stocks that could be a great addition to any income-generating portfolio over the long run.

It’s certainly not a bad time to lock shares of snack and beverage giant, PepsiCo's (NASDAQ:PEP) 3% dividend yield, especially when interest rates are at a rock-bottom level.

In recent quarters, Pepsi has reported stronger-than-expected sales, helped by homebound consumers stocking up on snack foods during the pandemic. Pepsi is well-positioned to benefit from these evolving eating habits as it has a diversified portfolio of snack items, such as Tostitos, Fritos, Ruffles and Cheetos.

For its Q4 earnings, Pepsi reported its organic sales rose 5% at the Frito-Lay division; they jumped by 8% at Quaker Foods North America, in what management calls “one of the best quarters.” 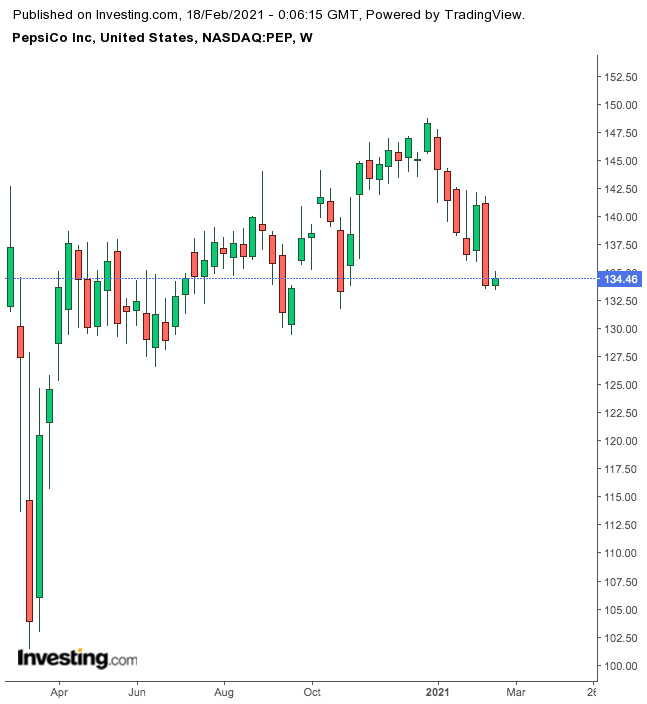 “People have to eat, they have to drink, and we figured out how to get it to them in the channels where they want it,” Chief Financial Officer Hugh Johnston told Bloomberg in an interview.

Along with a solid product portfolio, Pepsi is also a reliable dividend provider. The company pays $1.022 a share quarterly. The payout was hiked 5% this month. Over the past five years, PEP stock delivered 8% dividend growth each year.

The health-care giant, Johnson & Johnson (NYSE:JNJ) is not the kind of stock you hear people bragging about at dinner parties. But the New Jersey-based JNJ is exactly the kind of dividend stock that retirees—or those planning to retire—should buy.

Amid all the lawsuits involving its talcum powder, JNJ is still one of the world’s most powerful brands in the world. Through its three business units, the company runs more than 260 companies across the world.

And its latest earnings report provided clear evidence that giants like JNJ can perform in both good and bad times due to their diversified businesses. Drugs like Stelara, for inflammatory diseases, and Darzalex, for multiple myeloma, helped drive JNJ sales growth of 16% for the company’s pharmaceutical division, when sales from medical devices slipped as the pandemic cut demand for products used in surgery, orthopedics and vision care.

JNJ, which has developed a one-shot vaccine for the COVID-19 pandemic, is awaiting regulatory approval for its emergency use. The company's shot could be a game-changer in the fight against the pandemic due to its standard refrigeration requirements. 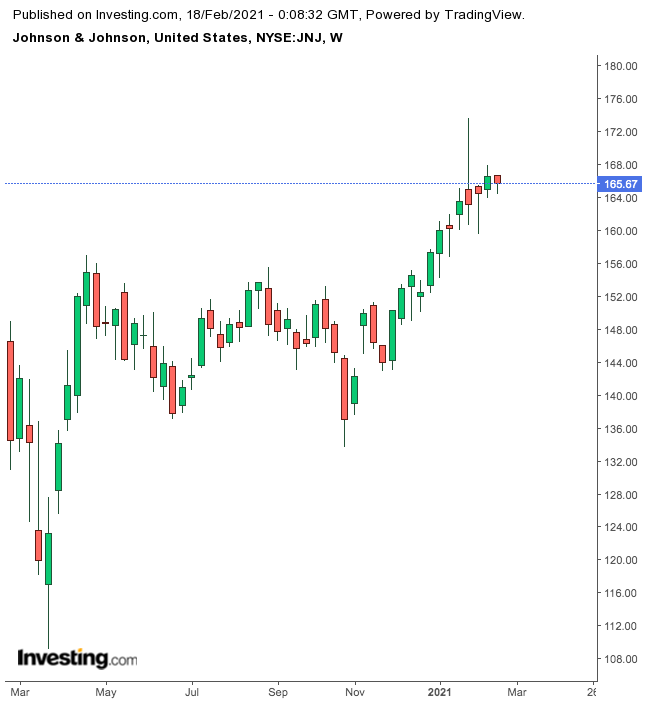 When it comes to rewarding investors, few companies have done better than Johnson & Johnson. The company has increased its quarterly dividend every year for 58 consecutive years.

This remarkable performance puts Johnson & Johnson among an elite group known as Dividend Kings, companies with at least five decades of annual dividend hikes. JNJ pays $1.01 a share quarterly with an annual yield of 2.43%.

Since the pandemic breakout, some investors haven't had banks on their radar because of the inherent risk financial institutions carry in times of distress. But north of the border, Canadian banking stocks have proven a much better bet than their US counterparts over the long-run.

In Canada, banks operate in an oligopoly, where their domestic businesses are well protected from competition. Canadian banking regulations are much tougher when compared with other advanced markets.

The latest example of this strong regulatory environment is the nation’s successful handling of its real-estate sector, where rampant speculation in the past decade had many banks exposed.

To gain exposure to one of the best banking systems in the world, a good choice is Royal Bank of Canada (NYSE:RY), the nation’s largest lender. The Toronto-based institution generates hefty cash flows and distributes about half of its income in dividends each year. 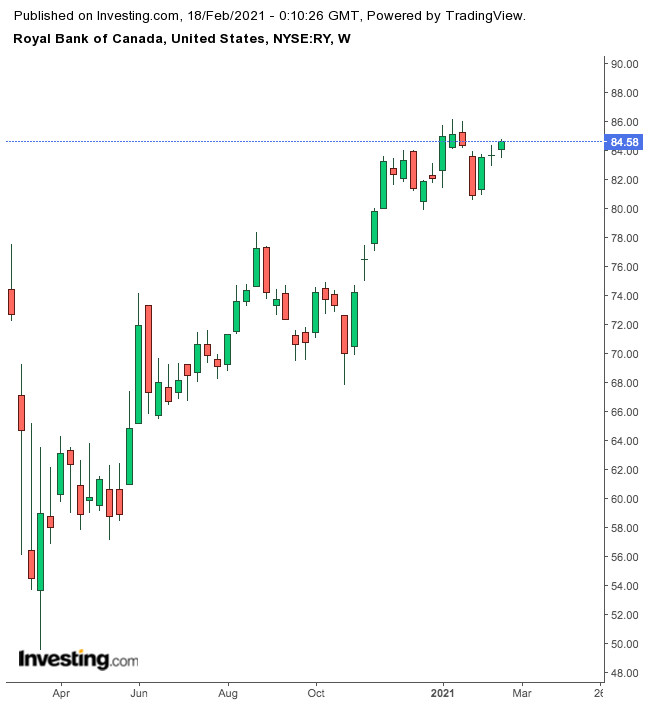 In the post-pandemic world, RBC is benefiting from a boom in trading activity due to its strong capital-markets business. That business grew 44% from a year earlier in Q4, after posting 45% gain in the third quarter.

The lender has paid dividends to shareholders every year since 1870. The stock currently offers a quarterly payout of $0.85 a share with an annual dividend yield of more than 4%.