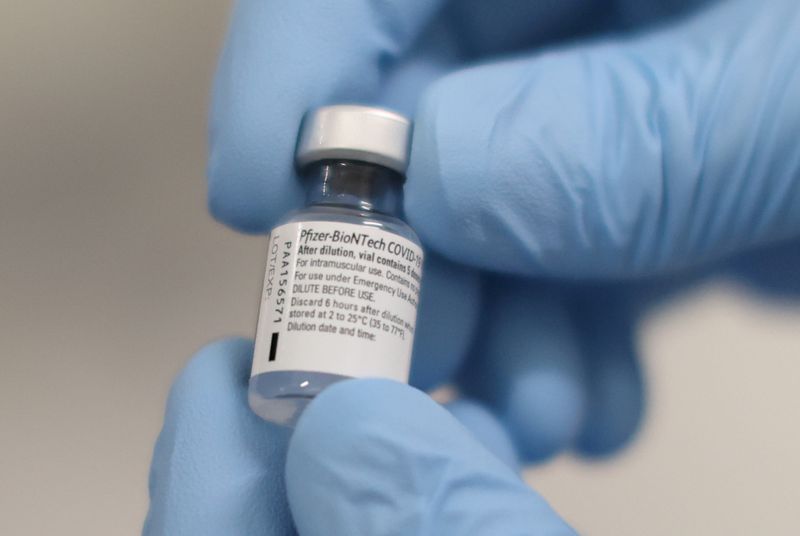 © Reuters. A phial of the Pfizer/BioNTech COVID-19 vaccine is seen at the Royal Victoria Hospital in Belfast

LONDON (Reuters) -Britain's medicine regulator has advised that people with a history of significant allergic reactions do not get Pfizer-BioNTech's COVID-19 vaccine after two people reported adverse effects on the first day of rollout.

Britain began mass vaccinating its population on Tuesday in a global drive that poses one of the biggest logistical challenges in peacetime history, starting with the elderly and frontline workers

"Both are recovering well.”

The Medicines and Healthcare products Regulatory Agency (MHRA) said the advice to healthcare professionals was "precautionary", and MHRA Chief Executive June Raine said that the reaction was not a side-effect observed in trials.

"Last evening, we were looking at two case reports of allergic reactions. We know from the very extensive clinical trials that this wasn't a feature," she told lawmakers.

Pfizer (NYSE:PFE) UK and BioNTech were not immediately available for comment.