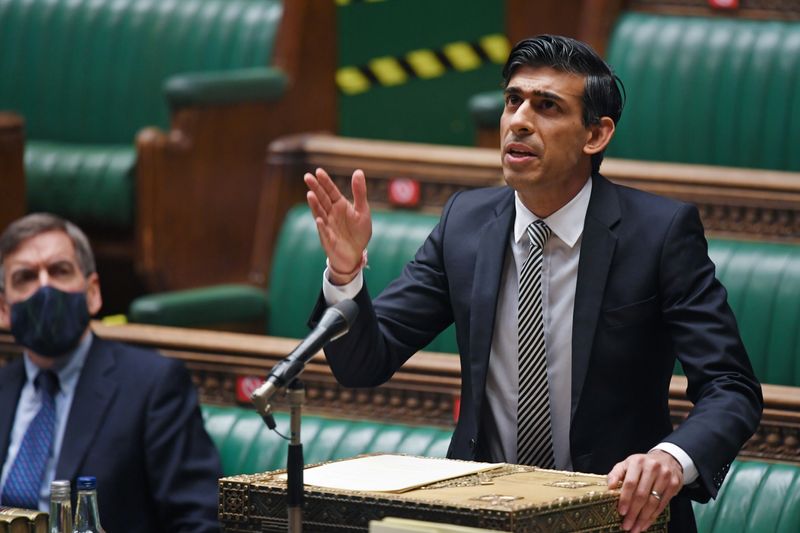 By David Lawder and William Schomberg

WASHINGTON/LONDON (Reuters) – U.S. President Joe Biden's administration told allies on Friday it was re-engaging with them to help steer the global economy out of its worst slump since the Great Depression, a contrast with the go-it-alone approach of Donald Trump.

U.S. Treasury Secretary Janet Yellen told her peers from the Group of Seven rich democracies that Washington was committed to multilateralism and "places a high priority on deepening our international engagement and strengthening our alliances."

Yellen spoke to the G7 in a virtual video meeting, chaired by Britain, at which she called for continued fiscal support to secure the recovery, saying "the time to go big is now."

Britain said officials discussed giving help to workers and businesses hit by the pandemic while ensuring sustainability of public finances "in the long term."

As well as the United States and Britain, the G7 includes Japan, France, Germany, Italy and Canada.

Italian Economy Minister Roberto Gualtieri said the group had committed to continuing coordinated action to support the economy. "The withdrawal of policy support is premature," he wrote on Twitter.

Biden has proposed a further $1.9 trillion in spending and tax cuts on top of more than $4 trillion of coronavirus relief measures enacted by his predecessor Trump.

British finance minister Rishi Sunak is expected to say next month that he will extend his economic rescue programs and that reining in public finances will have to be addressed later.

Britain said G7 officials also agreed that making progress on reaching "an international solution to the tax challenges of the digital economy" was a key priority.

Countries have been trying to revive attempts at a global approach to taxing giant digital firms – many of them American, such as Amazon (NASDAQ:AMZN) and Alphabet (NASDAQ:GOOGL)'s Google – after progress was blocked by Trump's administration.

Britain called on G7 countries to agree a joint approach to taxing internet giants by mid-2021, a deadline agreed by the wider Group of 20 nations.

Some G7 countries are keen to back a new issuance of the International Monetary Fund's own currency, known as special drawing rights (SDRs), to help low-income countries hit by the coronavirus crisis, a step last taken in 2009.

Officials from the United States, the IMF's biggest shareholder, had signaled they were open to a new issuance of $500 billion, sources said on Thursday – another Biden shift away from Trump administration opposition.

A G7 source, who asked not to be named, said the United States told other countries it needed a few weeks to finalize the SDR increase.

The move is politically tricky for Yellen because it would provide new resources to all IMF members, including rich countries, China, and U.S. adversaries such as Iran and Venezuela, drawing Republican opposition.

"Over the last year, the G7 has not even spoken about special drawing rights, so considering that was part of this agenda, it certainly is progress," said Eric LeCompte, executive director of Jubilee USA Network, a charity group that focuses on reducing poverty. "In terms of getting to a strong global stimulus, SDRs have to be a part of the equation."

IMF Managing Director Kristalina Georgieva did not mention SDRs in a tweet about the meeting, but said that G7 members were in "full alignment" on vaccines, fiscal stimulus, climate and "comprehensive support for vulnerable countries."

Sunak called on private creditors to give debt help to the poorest countries and said climate change and nature preservation would be priorities for Britain's G7 presidency. Britain is due to host the first in-person summit of G7 leaders in nearly two years in June.

Yellen said the G7 should expect to see the U.S. Treasury's engagement on climate change to "change dramatically relative to the last four years."

The Treasury declined comment on a Wall Street Journal report that Yellen is considering Sarah Bloom Raskin, a former deputy Treasury secretary, for a new high-level climate "czar" position at the department.