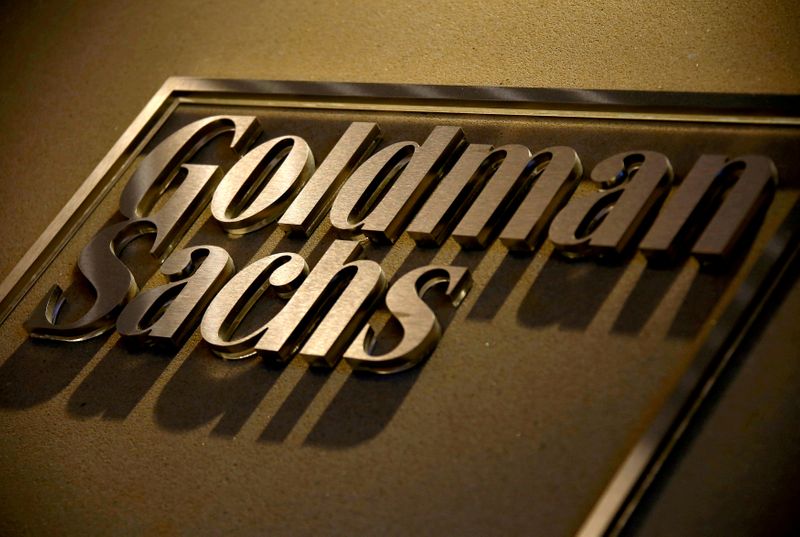 © Reuters. FILE PHOTO: A sign is displayed in the reception of Goldman Sachs in Sydney

(Reuters) -The U.S. Supreme Court on Friday agreed to hear Goldman Sachs Group Inc (NYSE:GS)'s appeal in a securities fraud case that could redefine the ability of shareholders to pursue class actions against public companies whose stock prices fall.

Goldman is appealing an April decision from the 2nd U.S. Circuit Court of Appeals in Manhattan allowing a class action accusing the bank of hiding conflicts of interest when creating risky subprime securities before the 2008 financial crisis.

A decision is likely before the end of the court's current term in June.

The case stemmed from Goldman's sale of collateralized debt obligations including Abacus 2007 AC-1, which it assembled with help from hedge fund manager John Paulson.

In 2010, Goldman reached a $550 million settlement with the U.S. Securities and Exchange Commission to resolve charges it cheated Abacus investors by concealing Paulson's role, including how he made a $1 billion profit by betting the CDO would fail.

Shareholders led by three pension plans claimed that before the news came out, the bank had misled them and inflated its stock price with such statements that client interests "always come first" and that "integrity and honesty" mattered.

The 2nd Circuit presumed that shareholders relied on such statements when buying Goldman stock, and rejected the bank's argument that allowing lawsuits based on seemingly generic statements would unleash a flood of litigation.

Goldman described its appeal as "the most important securities case" before the Supreme Court in several years, and drew support for it from business and financial industry groups.

The bank also won support from the Society for Corporate Governance, which said a Goldman loss could prompt companies to clam up on social issues such as diversity and racial justice, "out of fear that even generalized or aspirational statements" could prompt securities fraud claims.