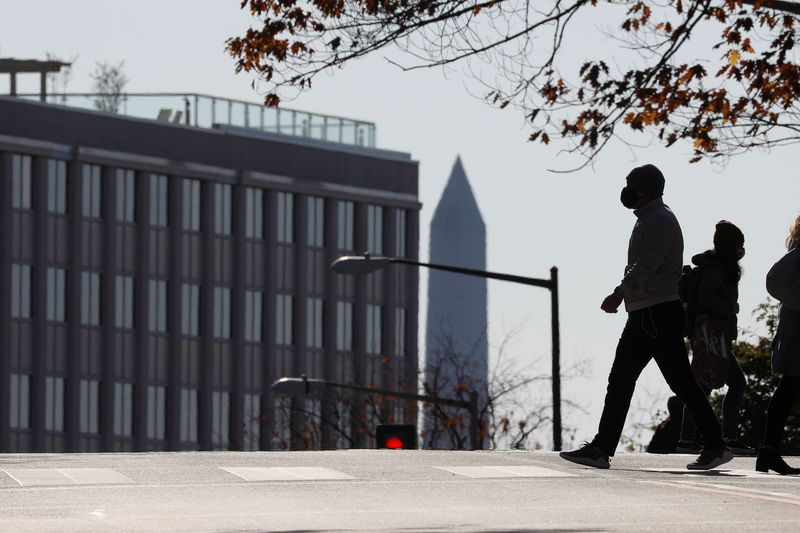 WASHINGTON (Reuters) – A potential wave of bankruptcies and a collapse in the commercial real estate market in the United States could weigh heavily on smaller banks, a regulatory panel said on Thursday in an assessment of risks to financial stability from the pandemic.

The annual report from the Financial Stability Oversight Council urged regulators to remain vigilant for weaknesses across markets, pointing to March turmoil in short-term funding markets as an example of where problems can flare up.

Thursday's report was the first from the panel, which is comprised of the heads of the major U.S. financial regulators, since the novel coronavirus upended the global economy and will be the last issued by President Donald Trump's administration.

The Treasury Department-led council will be taken over in January by President-elect Joe Biden's administration, which is likely to take a more cautious, tougher stance on safety and soundness issues.

Some risks flagged by the panel include record high levels of corporate debt, including nearly $2 trillion in non-financial debt that has been downgraded by rating agencies since March. A growing number of bankruptcy filings could stress court systems, making it harder to restructure debt and forcing more firms to liquidate, it said.

The report cited the significant build-up in capital and liquidity cushions banks had made during the past decade as a main reason they have so far been able to weather the stress of the last year.