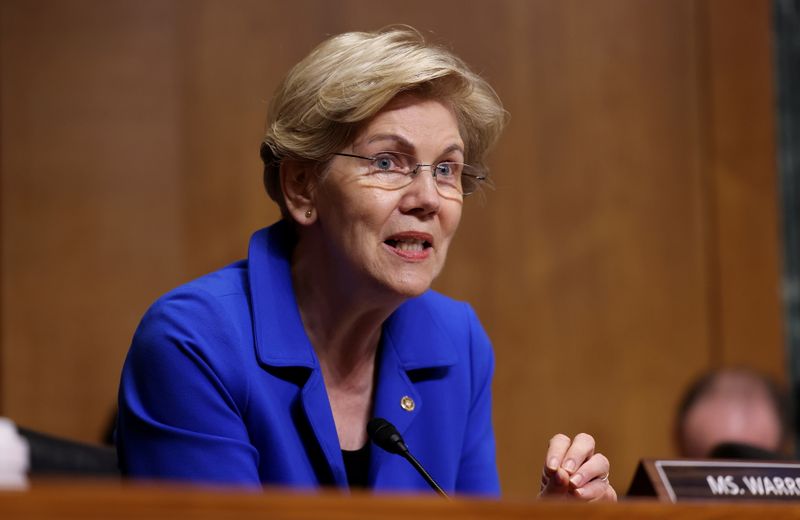 Democrat Warren, a prominent Wall Street critic and consumer advocate, said cryptocurrency’s promise of boosting everyday Americans has failed to materialize, and instead the government must act to address a host of problems.

“Cryptocurrency has created opportunities to scam investors, assist criminals, and worsen the climate crisis,” she said at a congressional hearing. “The threats posted by crypto show that Congress and federal regulators can’t continue to hide out, hoping that crypto will go away. It won’t. It’s time to confront these issues head-on.”

Warren threw support behind the Federal Reserve’s consideration of a digital dollar, saying it could boost poorer Americans and streamline the payments system if properly designed.

However, Republicans struck a much warier tone, questioning whether such a Fed-backed product is even necessary and what it might mean for the traditional banking system.

The hearing held by the Senate Banking Committee marked one of the most focused debates yet in Congress on the implications of a Fed-backed digital currency. The central bank has said it is exploring the issue, as global counterparts, led by China, take steps to establish their own digital currencies.

The debate in Washington is significant because Fed Chair Jerome Powell has said the central bank will not proceed with a digital currency without support from Congress.