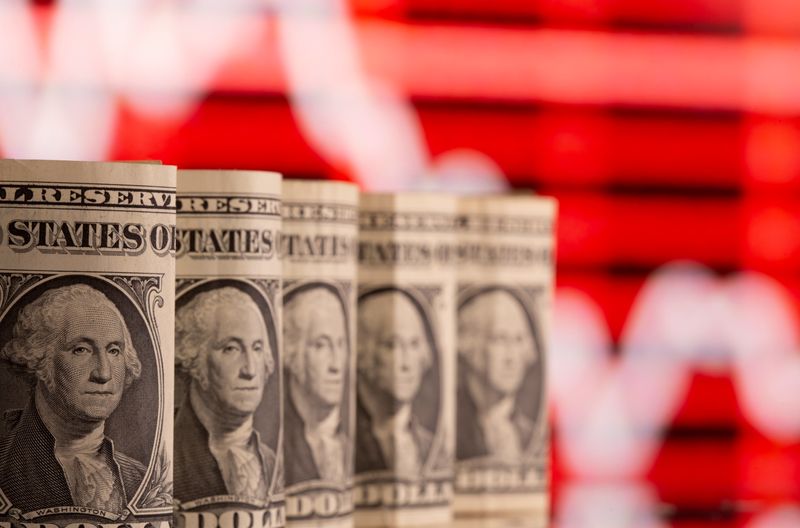 NEW YORK (Reuters) – The U.S. dollar's share of currency reserves in the fourth quarter of last year plunged to its lowest since 1995, IMF data showed on Wednesday.

Still, the dollar has the largest share of currency reserves held by global central banks. It posted a high of nearly 73% share in 2001, data showed.

"For the most part, Wall Street and the rest of the world are convinced that we're bound to see a weaker dollar. If you take a look at the money growth, the initiatives from the Biden administration, it's only going to get worse," said Edward Moya, senior market analyst at online FX trading platform OANDA.

"The ballooning trade deficit is going to continue and you're probably going to see that the longer-term outlook for the dollar is going to be much weaker."

In the fourth quarter, the dollar posted losses of 4%, its worst showing since June 2017. It recovered somewhat in the first quarter of 2021, posting gains of roughly 3.5%, its best performance since June 2018.

The yen's share of currency reserves grew as well to 6.03% of allocated reserves in the last three months of 2020, rising for three straight quarters.