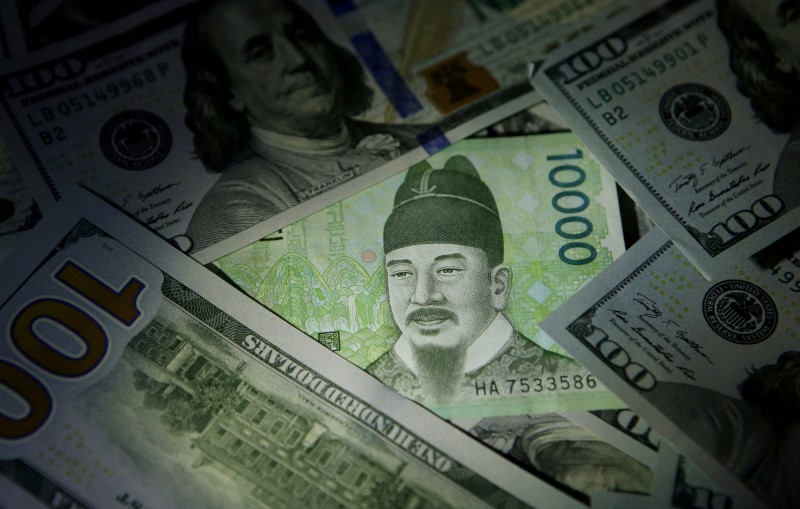 (Bloomberg) — A bumper payout from Samsung Electronics (OTC:) Co. could spell trouble for the won this month.

Dividend payments to foreign investors — which typically pressure the currency in April — are expected to more than double this month to 10.5 trillion won ($9.4 billion) from a year ago, according to Bloomberg’s calculations based on company filings and data from the Korea Exchange. This is mainly due to a special cash handout from Samsung (KS:) Electronics.

The headwinds risk undercutting the positive momentum that’s helped the won outperform its Asian peers over the past one month. The currency has rebounded from its biggest quarterly loss in a year as a recovery in exports and consumer sentiment point to an upturn in South Korea’s economy.

“There is growing vigilance in the South Korean foreign-exchange market as the season of remitting dividend funds out of the country arrives,” said Jeon Seungji, a currency analyst at Samsung Futures Inc. “Markets will be particularly attentive to such flows around April 16 when Samsung is scheduled to allot its dividends.”

The expected jump in dividend payments this month is largely due to Samsung Electronics’ special cash handout worth 1,578 won per share. Combined with the regular payment, the company’s year-end dividend per stock is worth 1,932 won, more than five times the usual amount.

Still, some say the pressure on the currency will be short-lived. Lim Hyeyoun, an economist at KTB Investment & Securities Co., expects the won to rise as high as 1,080 in the second half of the year, versus its close of 1,117.40 on Thursday.

“Once the events pass, the won is expected to return to its fundamentally adequate level,” Lim said.