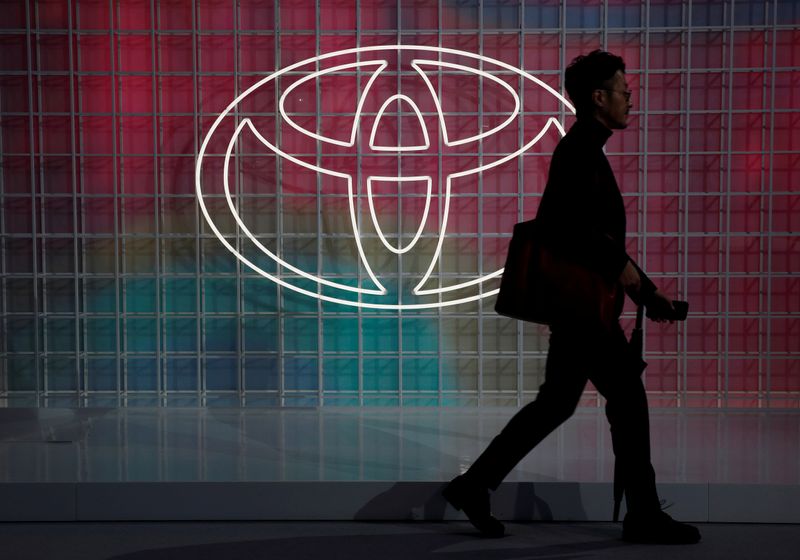 © Reuters. FILE PHOTO: A man walks past a Toyota logo at the Tokyo Motor Show 2/2

Toyota will acquire 39 million shares in Isuzu, worth 42.8 billion yen, taking a 4.6% stake, they said. Toyota and Isuzu dissolved a previous capital tie-up in 2018.

Isuzu, Hino Motors and Toyota will set up the new joint venture, they said. Toyota will own 80%, while Isuzu and Hino will own 10% each, they said in a statement.