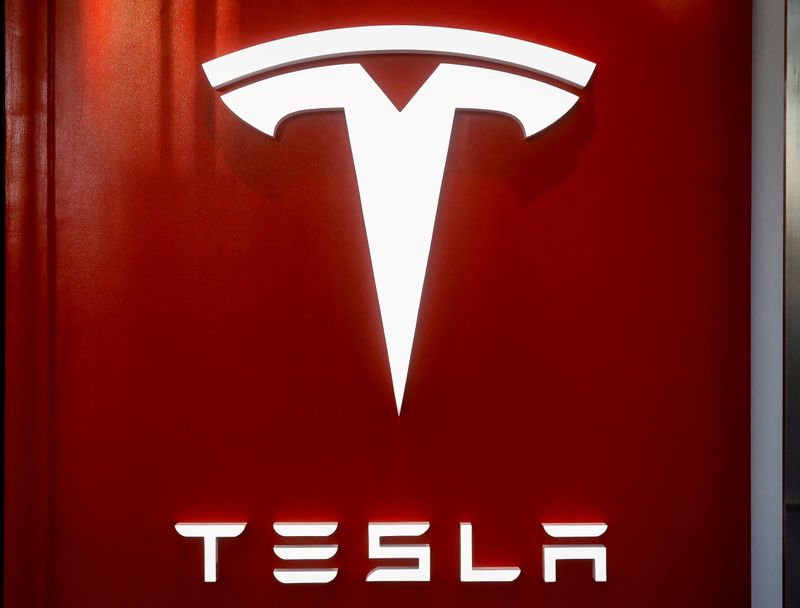 © Reuters. FILE PHOTO: The Tesla logo is seen at the entrance to Tesla Motors' showroom in Manhattan's Meatpacking District in New York City

NEW YORK (Reuters) -Apartment Investment and Management Co will be removed from the S&P 500 as of Dec. 21 to make room for the inclusion of Tesla (NASDAQ:TSLA) Inc, S&P Dow Jones Indices said on Friday.

Apartment Investment and Management, which is spinning off Apartment Income REIT in a deal expected to be completed post market close on Monday, will no longer be representative of the S&P Composite 1500 indices market cap ranges, S&P Dow Jones Indices said in a statement.

The company has a market value of about $6 billion and its stock is down 21% this year. By contrast, Tesla's stock market value stands at around $600 billion, and its shares are up 600% year-to-date.

"The subtraction of this relatively small REIT doesn't have a significant impact on the index at all, but the addition of Tesla does have a big impact," said Tim Ghriskey, chief investment strategist at Inverness Counsel in New York.

Adding Elon Musk's Tesla to Wall Street's most followed benchmark will force index funds to buy over $70 billion worth of its shares, while simultaneously selling shares of other S&P 500 constituents.

The electric car maker's stock has surged nearly 50% since Nov. 16, when it was announced Tesla would join the index.

"Definitely, traders have been accumulating the stock significantly in anticipation of the indexes having to buy on the first day of trading," Ghriskey said.

California-based Tesla's meteoric rise has made it by far the most valuable auto company in the world, despite production that is a fraction of rivals such as Toyota Motor (NYSE:TM), Volkswagen (DE:VOWG_p) and General Motors (NYSE:GM).