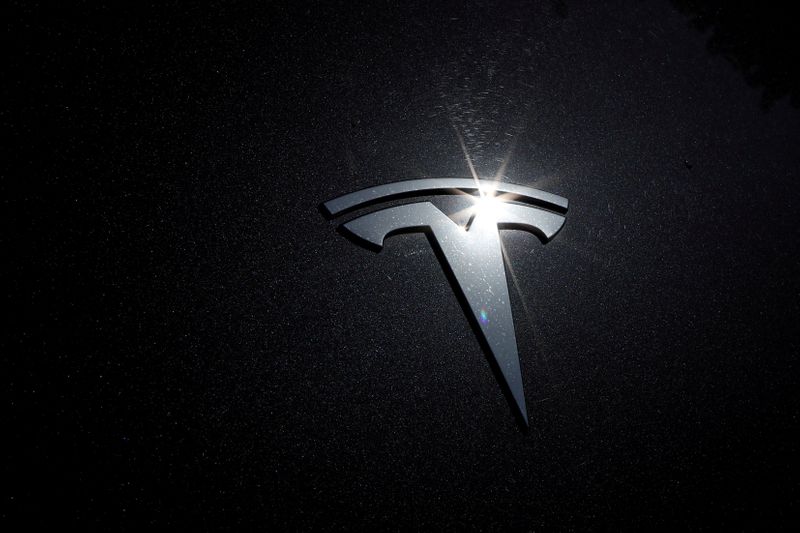 © Reuters. FILE PHOTO: The Tesla logo is seen on a car in Los Angeles

(Reuters) – Tesla (NASDAQ:TSLA) Inc shares were set to open at a record high on Monday after the electric-car maker reported better-than-expected vehicle deliveries in 2020, extending a meteoric rally that has seen the stock surge more than 700%.

"We are raising our forecasts to reflect higher 4Q deliveries and reports of strong demand for the Model Y in China, which is also suggestive of higher future deliveries," J.P. Morgan analysts said in a client note.

Shares of the company, which joined the benchmark S&P 500 index in December, were up 3% in premarket trading.