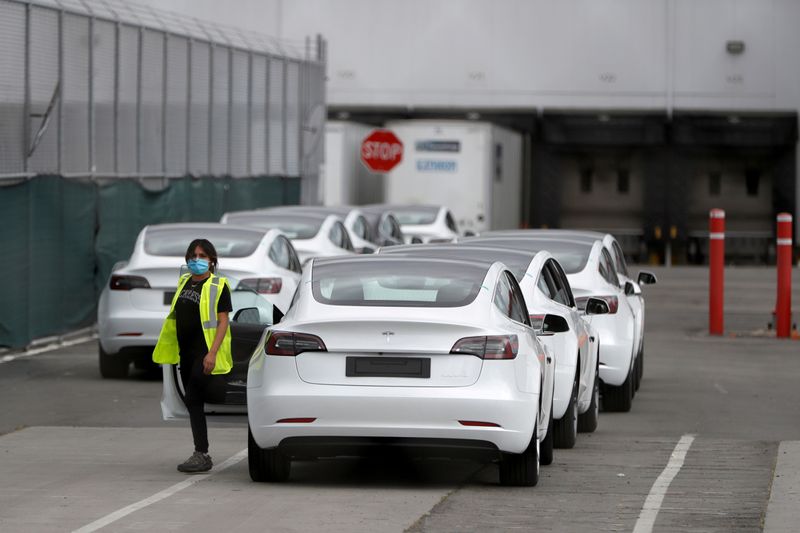 “There is no graceful way to put this other than to say we got TSLA’s stock completely wrong,” analyst Joseph Spak wrote in a report lifting Tesla to sector perform. The broker had maintained a sell-equivalent underperform rating since January 2019, according to data compiled by Bloomberg. During that time, the shares have surged by about 1,200%.

Reevaluating his view “in the spirit of New Year’s resolutions,” Spak said his biggest miss was underestimating Palo Alto, California-based Tesla’s ability to take advantage of its stock price to raise capital and fund growth or acquisitions. He also increased his 2025 delivery estimate to 1.7 million autos from 1.3 million, based on capacity and market share assumptions, and his price target for the stock to $700 from $339.

RBC’s comments follow a 50% price-target boost on Tesla earlier this week by Morgan Stanley (NYSE:MS) analyst Adam Jonas to a Street-high $810, after the carmaker posted better-than-expected fourth-quarter deliveries and a $5 billion capital increase. In November, the broker gave the stock an overweight rating for the first time since 2017.

Tesla shares were up 3.1% to $779 a share in premarket trading as of 6:05 a.m. in New York. Electric-vehicle peers also rose as Joe Biden’s formal recognition by Congress as the next U.S. president was seen as a positive for the industry. Nio (NYSE:NIO) Inc. and Nikola Corp. gained 3.6% and 2.2%, respectively.

Among analysts tracked by Bloomberg, Tesla now has 13 buy recommendations, 13 holds and 14 sells.