The indexes had mixed results again last week, with the declining, but the , , and the rising.

The and NASDAQ led by a wide margin. Investors were buoyed by falling inflation fears.

Forex: The rose vs. most foreign currencies last week.

The core personal consumption expenditures price index increased 3.1% in April from a year earlier. Federal Reserve officials consider the to be the best gauge of inflation. Personal income dropped sharply as the effects faded from March’s government stimulus checks.

The index captures price movements across a variety of goods and services and is generally considered a wider-ranging measure for inflation as it captures changes in consumer behavior and has a broader scope than the Labor Department’s consumer price index. The CPI accelerated 4.2% in April.

In other economic news, “the came in at a higher than expected 75.2, its highest level since November 1973.” (CNBC)

“The University of Michigan said its preliminary consumer sentiment index increased to 86.4 in the first half of this month from a final reading of 82.9 in May. Economists polled by Reuters had forecast the index rising to 84.” (Reuters)

“He said cryptocurrency market capitalization is over $2 trillion, with more than 8,600 exchanges worldwide, ‘and by design, most crypto virtual currencies are designed to stay off the radar screen. Rettig has said that massive profits from the run-up in crypto asset valuations are escaping the IRS, contributing to a “tax gap” that he estimates at some $1 trillion a year—the difference between taxes legally owed and those collected.

“The administration’s fiscal 2022 revenue proposals here include a new requirement that cryptocurrency transfers of $10,000 or more be reported to the IRS in much the same way that banks report cash transfers of that amount and brokers report securities transactions to the IRS. The proposed change would start in 2023.” 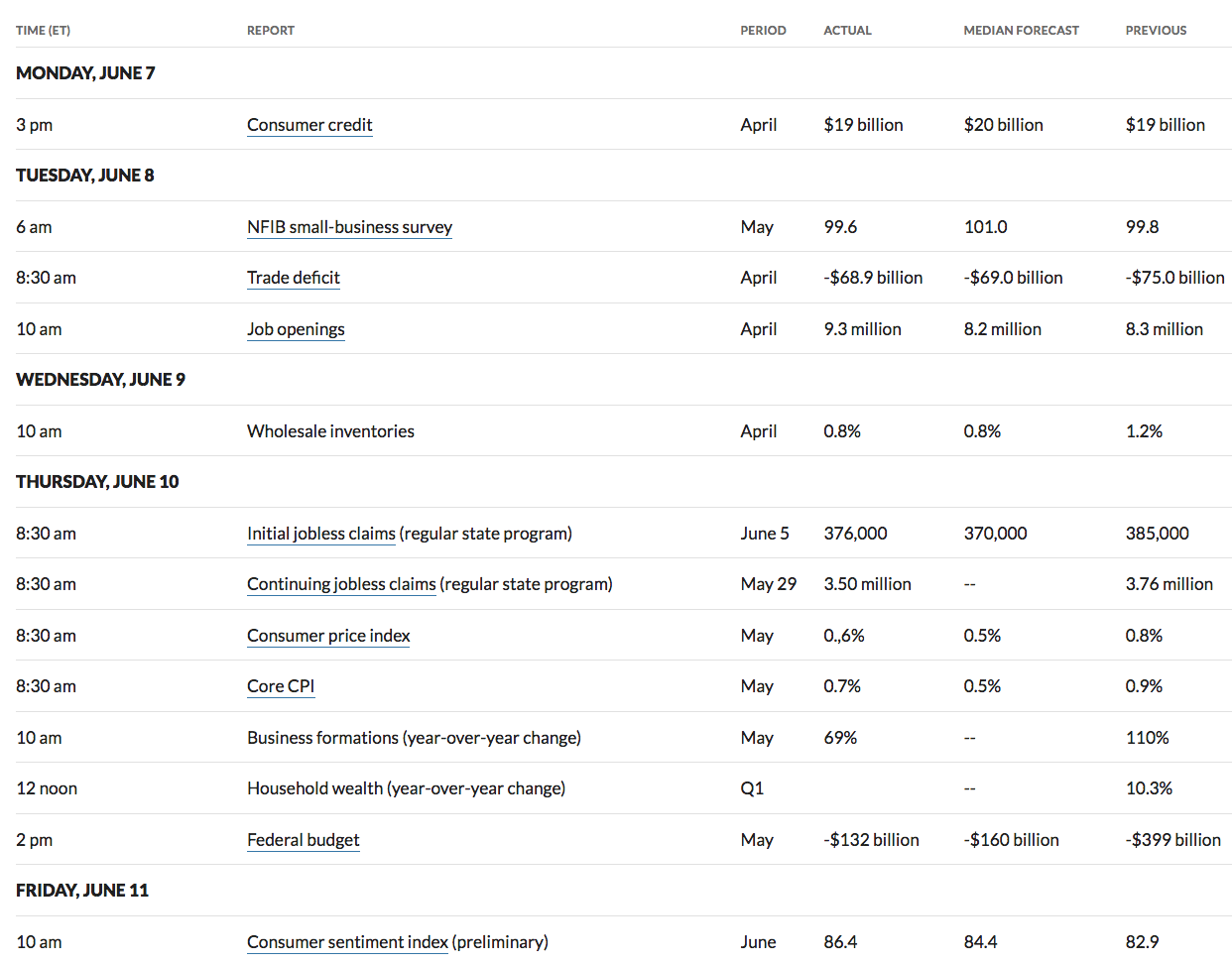 All eyes will be on the Fed this week, as it holds its two-day policy . Investors will be parsing Fed comments for possible hints at raising rates, in the face of continued higher inflation reports. 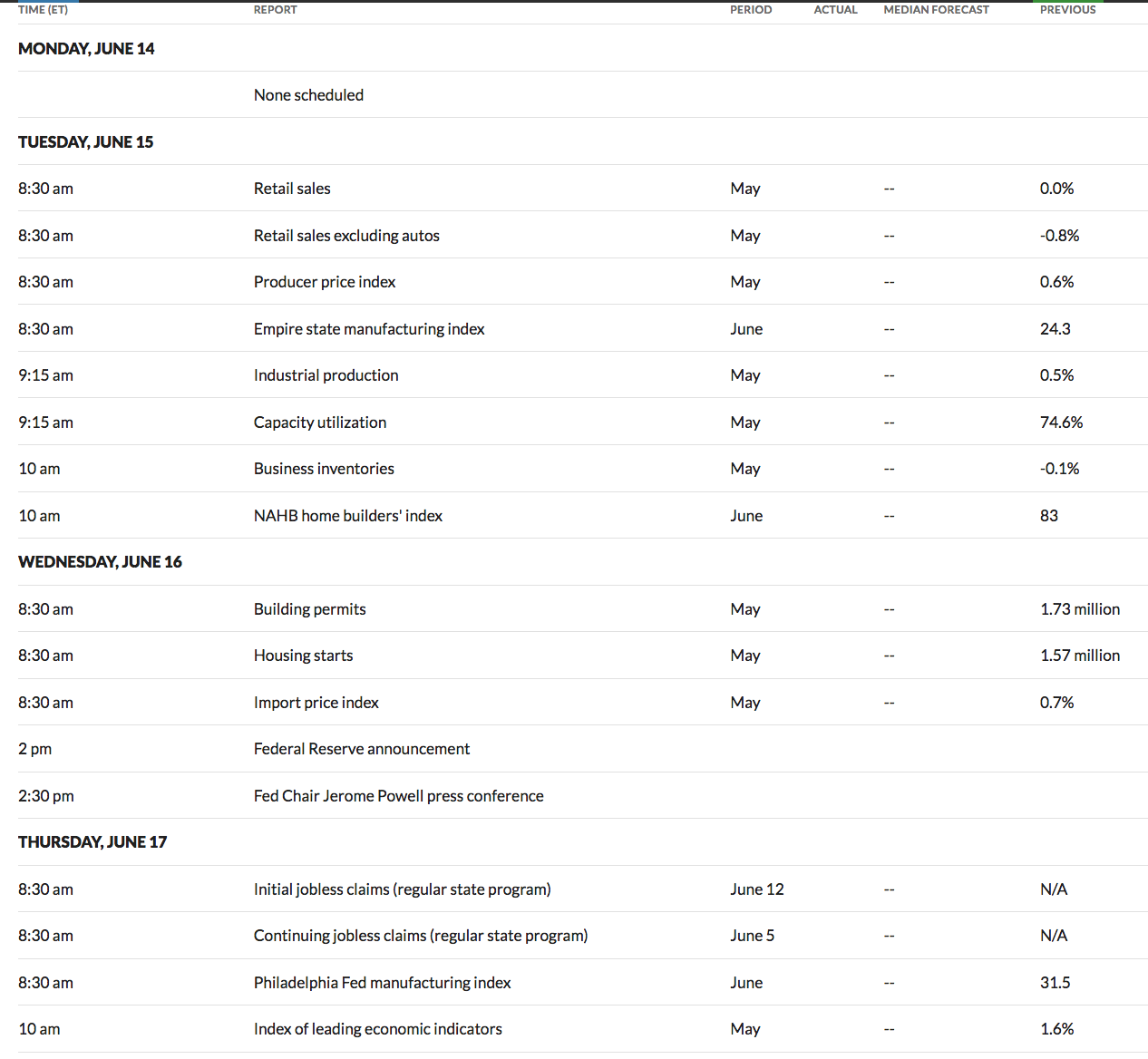 This Week’s US Economic Reports

The  sector led last week, while the sector lagged. 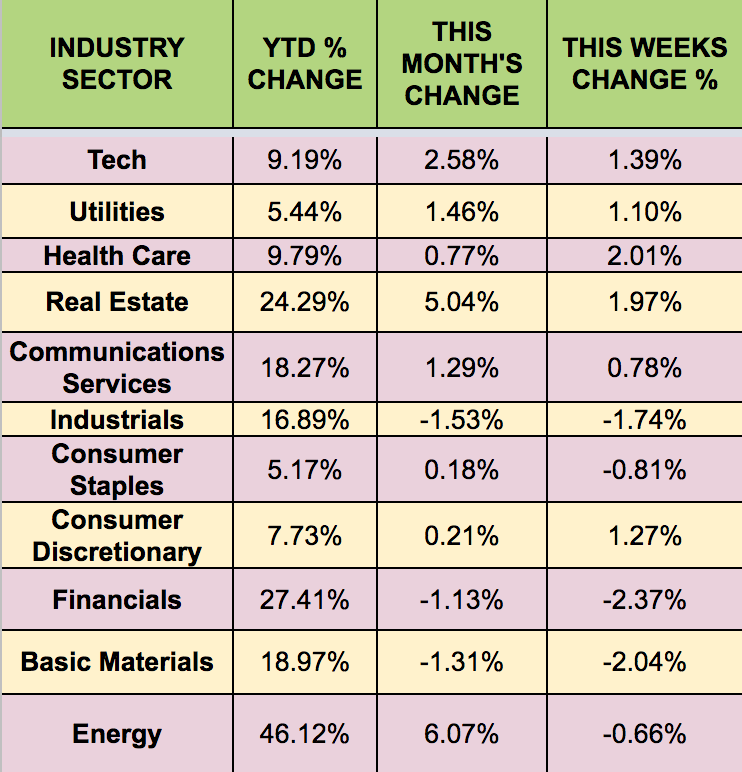 “Oil futures climbed on Tuesday, with U.S. prices settling above $70 a barrel for the first time since October 2018. Prices extended their gains after the Energy Information Administration in its monthly raised its 2021 West Texas Intermediate crude price to $61.85 a barrel, up 5% from the May forecast. 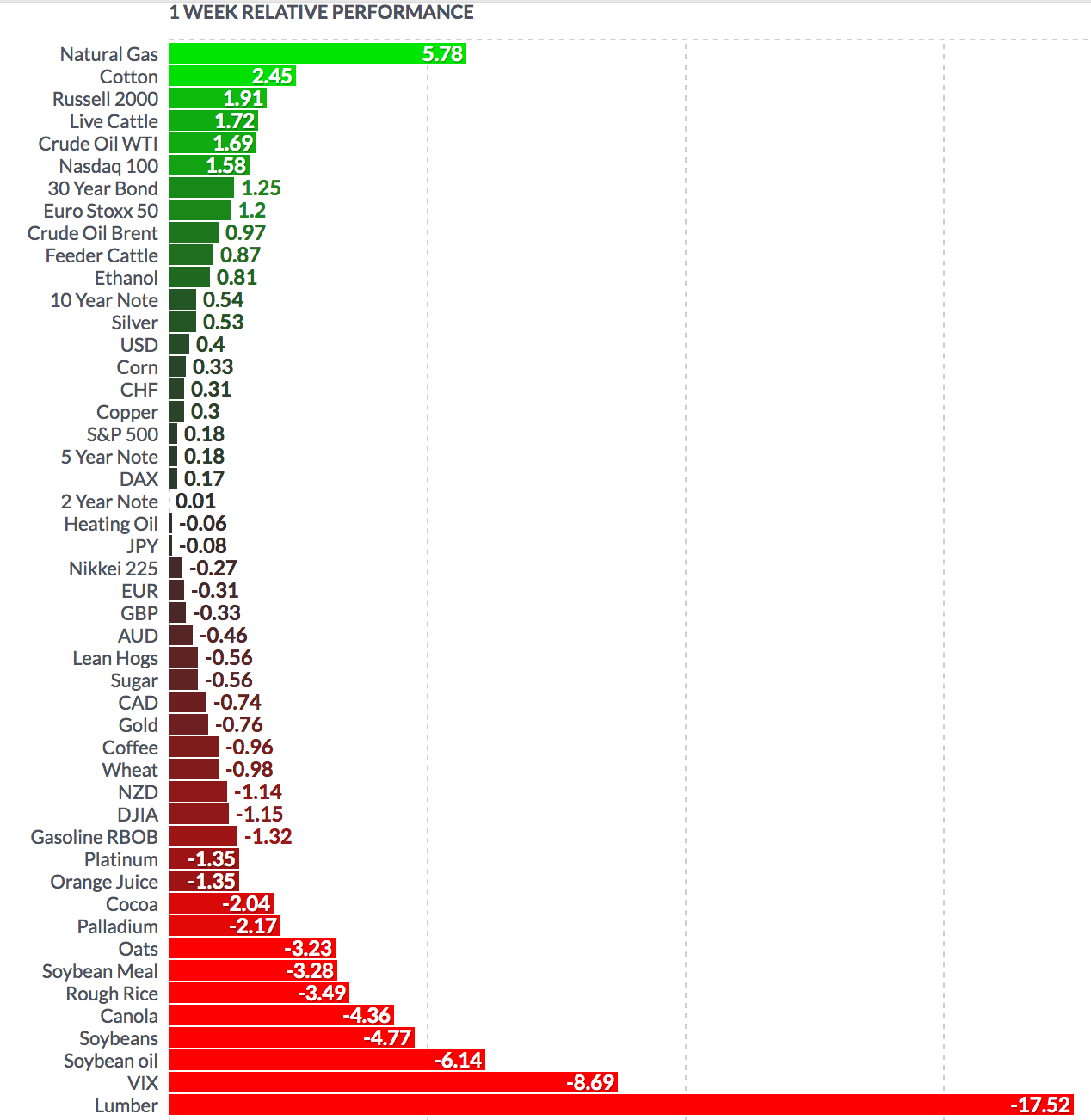