Volatility: The was flat last week, ending Friday at $16.41.

FOREX: The fell vs. other major currencies this past week, except for the .

“The American economy slowed abruptly last month, adding jobs, a sharp drop from the huge gains recorded earlier in the summer and an indication that the Delta variant of the coronavirus is putting a damper on hiring. follows a sharp increase in coronavirus cases and deaths that has undermined hopes that restrictions on daily activities were nearing an end.

“The was 5.2%, compared with 5.4% in July. Economists polled by Bloomberg ha[d] been looking for gain of 725,000 jobs. The August showing would have been respectable in pre-pandemic times. But after gains of 962,000 in June and 1.05 million in July—and with more than eight million people unemployed—it was a sharp deceleration.

“The scale of the weakness was most apparent in lower-paid industries in which employees deal with customers face to face, like restaurants, bars and hotels. Leisure and hospitality employment in August was unchanged after strong gains in previous months. Retail jobs declined by 29,000. White-collar workers fared better, as did those in manufacturing.

“I think the fingerprints of the Delta variant were all over this report,” said Scott Anderson, chief economist at Bank of the West in San Francisco. “We saw a big pullback in pandemic-impacted industries, and it was a pretty broad-based disappointment.” The report also showed the first increase since December in the number of people working from home.” (NY Times)

“U.S. construction spending picked up in July, lifted by gains in both private and public sector projects. The Commerce Department said on Wednesday that increased 0.3% after being unchanged June. Construction spending rose 9.0% on a year-on-year basis in July.

“U.S. manufacturing activity unexpectedly picked up in August amid strong growth, but a measure of factory employment dropped to a nine-month low, likely as workers remained scarce. The said on Wednesday its index of national factory activity inched up to 59.9 last month from a reading of 59.5 in July.

“A reading above 50 indicates expansion in manufacturing, which accounts for 11.9% of the U.S. economy. The ISM survey’s forward-looking new orders sub-index rebounded to a reading of 66.7 last month after two straight monthly declines. Demand is being driven by businesses desperate to replenish stocks after inventories were drawn down sharply in the first half of the year.

“The survey’s measure of prices paid by manufacturers fell to an eight-month low of 79.4 from a reading of 85.7 in July. This measure has dropped from a record 92.1 in June. It was the latest indication that inflation has probably peaked. Data last week showed the Federal Reserve’s preferred inflation measure recorded its smallest monthly gain in five months in July.” 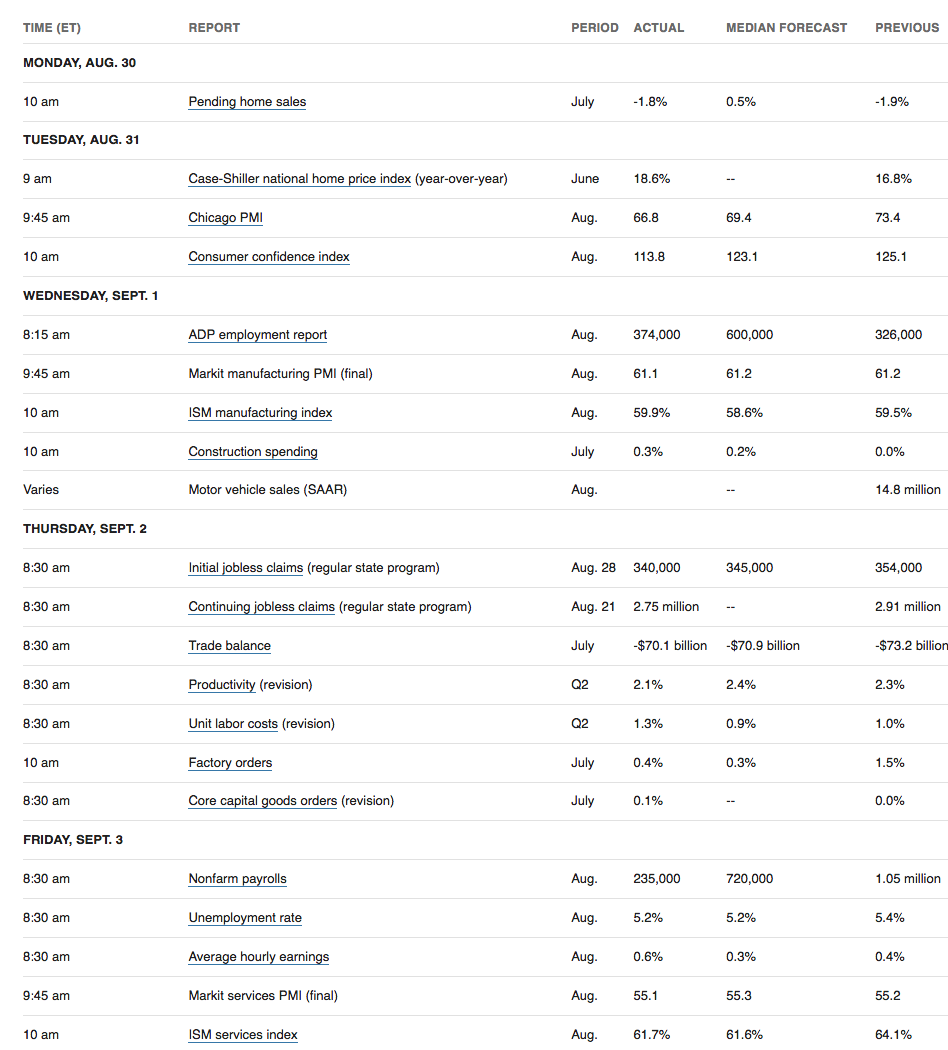 Week Ahead Highlights: US markets will be closed Monday, in observance of the Labor Day holiday.

This Week’s US Economic Reports 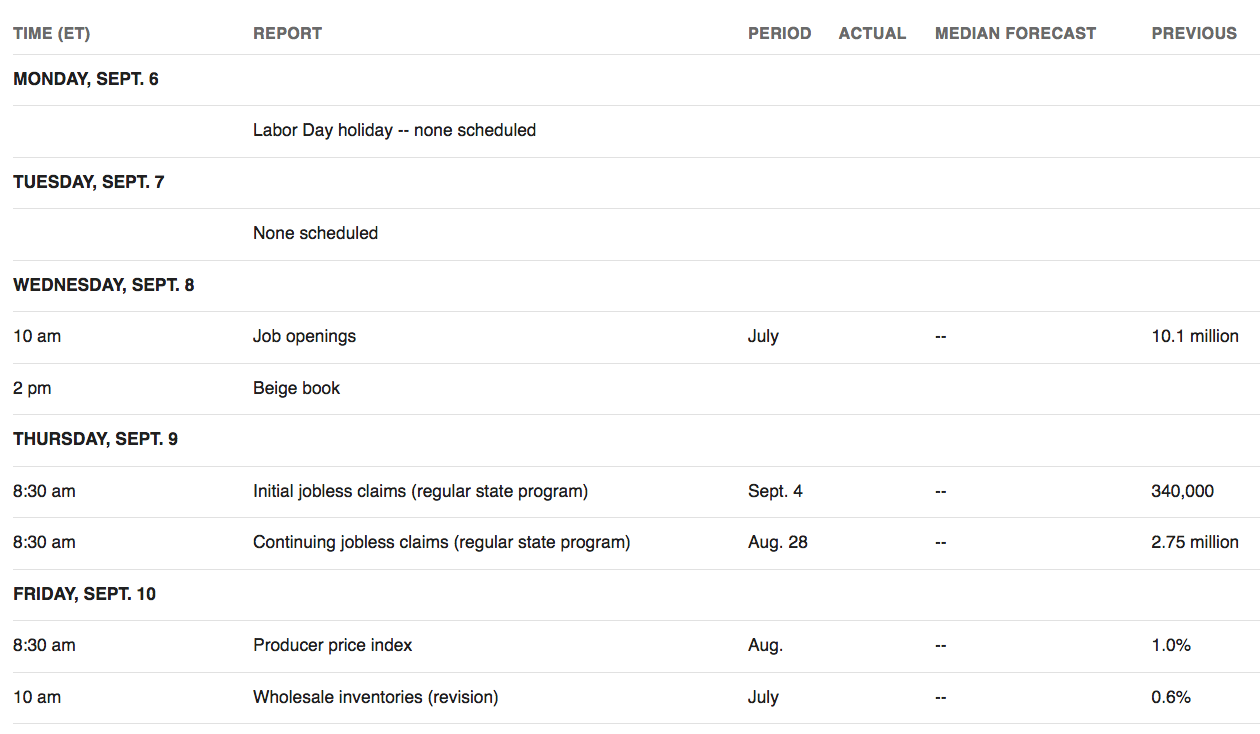 Next Week’s US Economic Reports

Sectors: led the week, with the lagging. 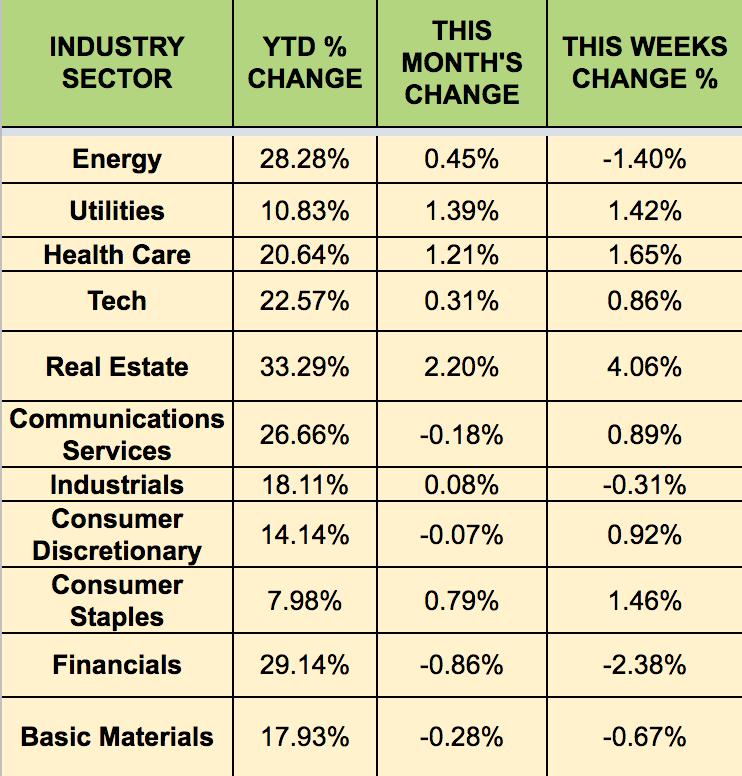 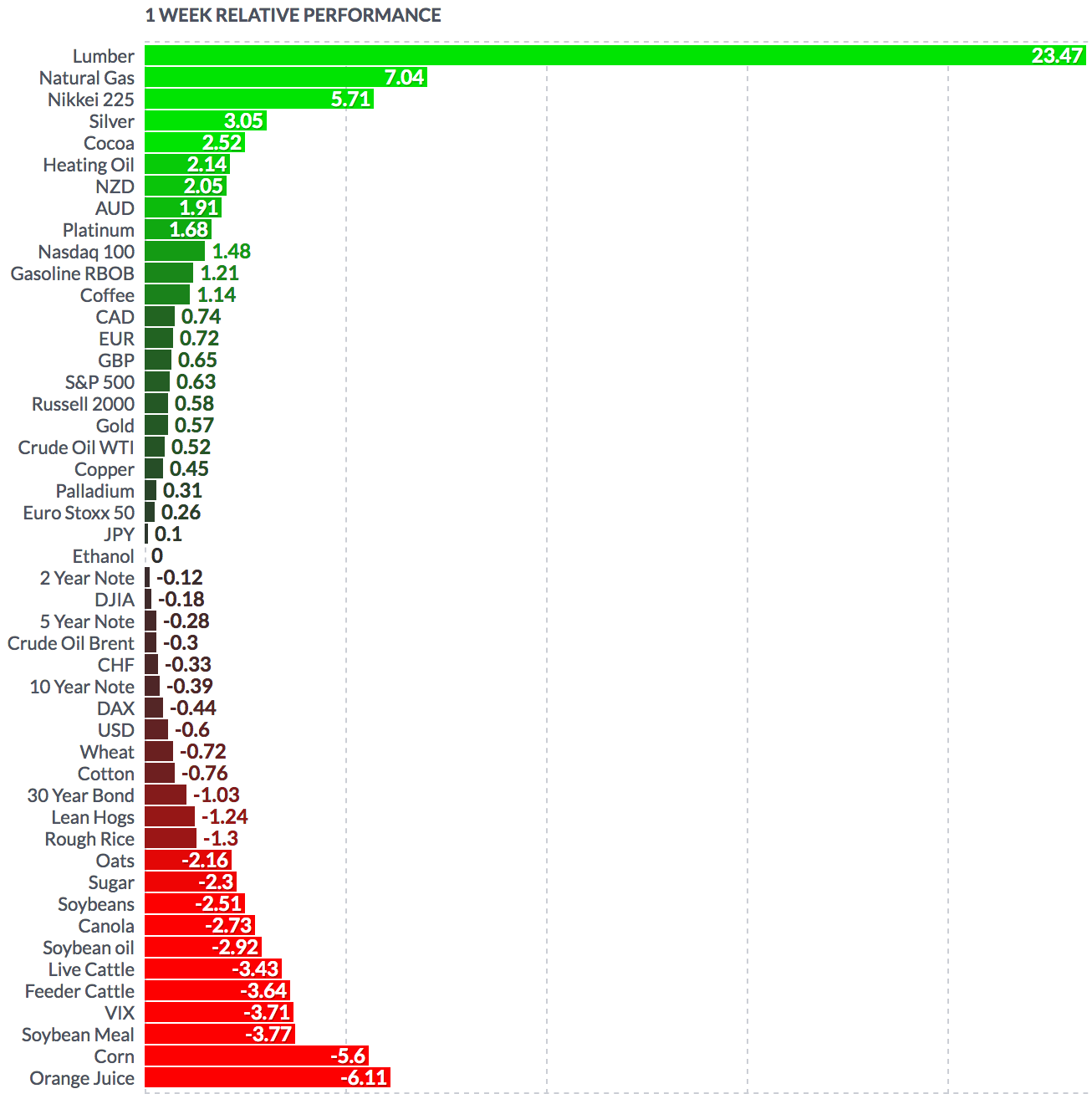