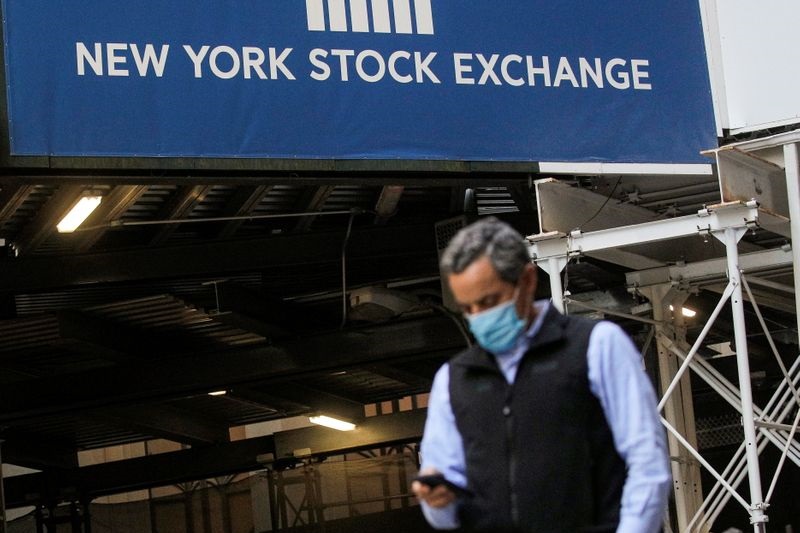 Investing.com – The S&P 500 struggled for direction Wednesday, but remained near record highs as tech gains offset weakness in materials and industrials just as the Federal Reserve’s March meeting minutes continued to signal that easy monetary policy is here to stay.

The Federal Reserve minutes drew a muted a reaction in markets and didn’t offer any new clues on monetary policy.

Fed policymakers acknowledged progress on the economy, but continued to back the ongoing pace of monetary support, saying  substantial progress on the recovery will likely take “some time.”

Tech stocks gave up some of their gains as investors weighed falling U.S. bond yields against worries that stocks have run up too fast and are due a correction.

Amazon late-Tuesday pledged its support for President Joe Biden’s $2 trillion infrastructure plan and said it was ready to back the proposed corporate tax hike to fund the package. Biden did signal that he was willing to negotiate on a proposed increase in taxes.

ViacomCBS (NASDAQ:) was flat despite receiving an upgraded by Wolfe Research to outperform from peer perform as its recent declines has made its valuation attractive.

“I have little doubt that with excess savings, new stimulus savings, huge deficit spending, more QE, a new potential infrastructure bill, a successful vaccine and euphoria around the end of the pandemic, the U.S. economy will likely boom,” Dimon said in an annual letter to shareholders. “This boom could easily run into 2023 because all the spending could extend well into 2023.”

On the vaccine front, AstraZeneca (NASDAQ:) suffered a setback somewhat after the UK health regulator MHRA said it would offer an alternative to the AstraZeneca vaccine for people aged below 30, due to very rare cases of blood clotting.

In other news, Beyond Meat (NASDAQ:) gave up its intraday gains, falling more than 2%, despite the plant-based food company announcing the opening its first manufacturing plant in China.