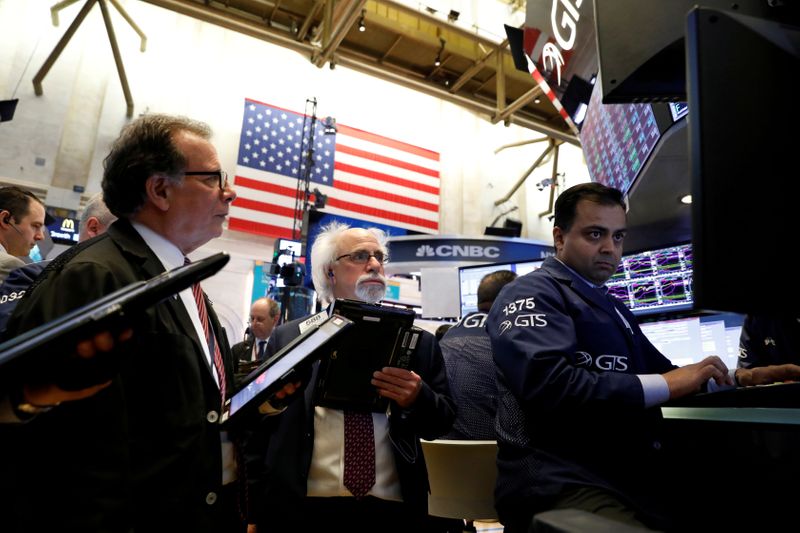 (Reuters) – U.S. stocks extended their recent rally on Friday and the S&P 500 and Nasdaq indexes scored their biggest weekly percentage gains since the U.S. elections in early November, boosted by optimism over earnings, stimulus talks and progress on vaccine rollouts.

Both the Dow Jones industrial average and S&P 500 rose for a fifth straight session in their longest streak of gains since August, while the S&P 500 and Nasdaq posted record closing highs for a second day in a row.

A smaller-than-expected rebound in the U.S. labor market last month highlighted the need for more government aid to shore up the economy. The Labor Department on Friday reported a 49,000 increase in nonfarm payrolls last month, but job losses in manufacturing and construction.

U.S. President Joe Biden and his Democratic allies in Congress moved ahead with their $1.9 trillion COVID-19 relief package as lawmakers approved a budget plan that will allow them to muscle Biden's plan through in the coming weeks without Republican support.

"The upcoming package of stimulus is going to be big," said Alan Lancz, president of Alan B. Lancz & Associates Inc, an investment advisory firm based in Toledo.

"You have a situation where there's a lot of cash on sidelines and bonds have really underperformed, so that's helped some sectors that have really done poorly."

Upbeat earnings this week have also supported investor optimism. So far, stronger-than-expected corporate results in the fourth quarter have driven up analysts' expectations, and S&P 500 companies are on track to post earnings growth for the period instead of a decline as initially expected.

The Cboe Volatility index fell and had its biggest weekly point drop since the week ended Nov. 6.

The S&P 500 technology index ended down 0.2% after hitting a record high earlier in the session.

Johnson & Johnson (NYSE:JNJ) rose 1.5% after the drugmaker said it had asked U.S. health regulators to authorize its single-dose COVID-19 vaccine for emergency use.

Shares of GameStop Corp (NYSE:GME), caught in the recent social media-hyped trading frenzy, rose 19.2% on Friday, after online broker Robinhood lifted all the buying curbs imposed at the height of the battle between amateur investors and Wall Street hedge funds.

Clover Health Investments Corp shares ended up 5.7%. It said it would cooperate with a request from the U.S. Securities and Exchange Commission. U.S. regulators are following up on a report about Clover by short-selling specialist Hindenburg Research.

Advancing issues outnumbered declining ones on the NYSE by a 2.33-to-1 ratio; on Nasdaq, a 1.94-to-1 ratio favored advancers.

Volume on U.S. exchanges was 13.65 billion shares, compared with the 15.5 billion average for the full session over the last 20 trading days.