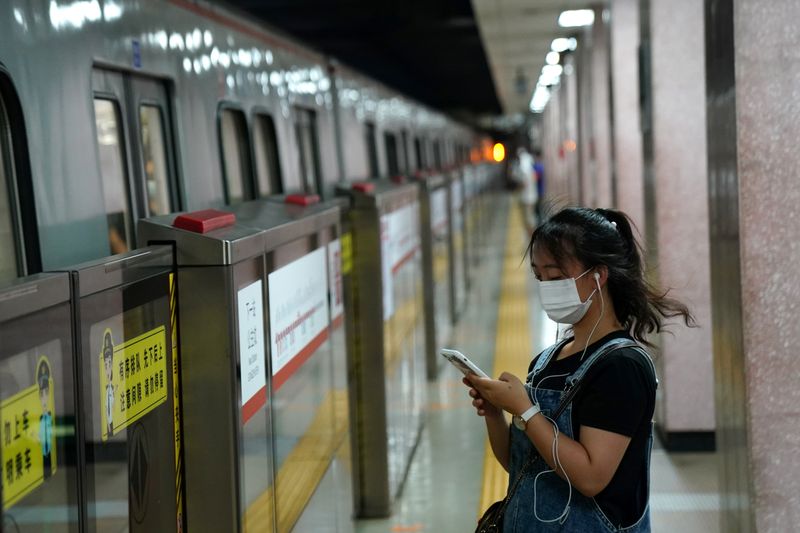 © Reuters. Woman wearing a face mask following coronavirus disease (COVID-19) outbreak looks at her smartphone while waiting for a subway in Beijing 2/2

The numbers suggest that handset demand in China remains weak despite the country's fast recovery from the coronavirus crisis, and that manufacturers such as Apple Inc (NASDAQ:AAPL) and its rivals will have to fight harder for a smaller pool of customers.

Phone makers shipped 27 million handsets to domestic customers in October compared with 33 million a year earlier, according to the China Academy of Information and Communications Technology (CAICT), a state-backed think-tank.

That follows a 27% year-on-year decline in October and a 36% decline in September.

Analysts remain bullish about sales of both devices in the short term, despite the broader market slump.

Xiaomi's smartphone revenue rose to 47.6 billion yuan in the third quarter, an increase of 47.5% over the same period last year.

The company, along with local vendors Oppo and Vivo, have raised their production targets for 2021 on anticipation that Huawei will face further difficulties bringing devices to market.