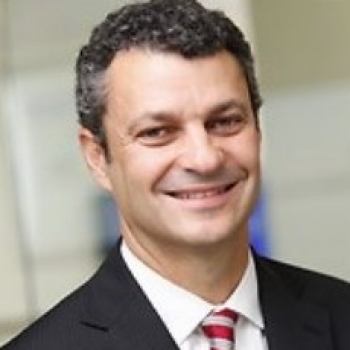 Should investors “BTFD” with the market near the 50-day moving average (DMA)? As we wrote , the 50-dma has been a great level to buy the dip. Odds favor that to be the case this time, but will it? The 50-DMA is currently at 4429 about 14 points below where it closed yesterday.

Chinese economic data continues to weaken. Yesterday , , and Property Investment all fell short of expectations and prior month readings. Once again, markets are brushing off more signs troubling signs from the world’s second largest economy. To wit, continues higher, up another $1 this morning and almost $10 from recent lows in mid-August.

What To Watch Today

Over the last week and a half, the market has declined roughly 2% as the rotation among stocks has been extremely rapid. Such is particularly seen in the divergence of the Advance-Decline line from the index itself.

However, while the internal breadth remains extremely week, that rapid rotation is sectors has given the market enough support to not decline markedly. Now, after a rough start to September, the market is now sitting back on support at the 50-dma and is oversold on a short-term basis as shown.

More importantly, given the large number of Wall Street firms predicting a market decline of 10%, it would not be surprising to see the “BTFDipers” show back up in force to run stocks back towards all-time highs.

We discussed this in more detail here.

Is the Sell-off Over?

Yesterday we shared a recent dependable market pattern. The S&P declines for a few days mid-month with upward-sloping movement before and after the decline. Similarly, the graph below also shows a reliable pattern for the . The VIX spikes with each mid-month market decline. Each of the recent spikes has been above its Bollinger band. The current upper Bollinger band is 21.46 and VIX is at 19.37, after coming close to touching the band. A similar spike, as we have seen, implies a run to the 24-25 area.

The table below from The Market Ear shows the lack of any substantial drawdown this year. Through three quarters of the year, the largest drawdown is only 4.2%. Of the 94 instances in the table, only three years (2017, 1995, and 1964) have seen smaller intra-year drawdowns.

However, in every instance, the years following a year of a minimum drawdown experienced significantly larger drawdowns.

While the data was lower than expected, the breadth of the data was not as friendly. As shown below, the median CPI rose .33% month over month and, unlike CPI, is up for three months in a row.

“Now the bad news: It’s becoming increasingly apparent that those “transitory” costs won’t be enough to normalize prices to pre-pandemic levels, and will likely continue what one economist recently called a half-century trend of soaring prices.

There are at least a few reasons behind this, but two in particular stick out: Businesses and service providers have grown more comfortable charging customers (a function of still elevated demand), and housing prices are still climbing in the face of COVID-era challenges.” – Yahoo

CPI came in weaker than expected across the board. Of most importance to the Fed, the (excluding food and energy) only rose 0.1% for the month. As a result, the annual core rate fell from 4.3% to 4.0%. Accounting for about 30% of CPI, Shelter costs continue to rise. Owners Equivalent Rent (OER) is up .25% on the month, while rent rose .31%. Given their large contribution and sharply rising rental prices as of late, it’s way too early to claim inflation has been tamed.

David Robertson, an author for Real Investment Advice, shares interesting thoughts on potential value in Japanese stocks. He cites a Bloomberg article in which John Authers reviews how beaten up Japanese stocks are versus those in the U.S.

“John Authers provides some good background on Japan and its struggles over the years. After so many people have been burned so many times, it’s hard to seriously entertain the idea of investing in Japan. Perhaps that is exactly the type of washed-out situation that presents a value opportunity, however. Further, Japan’s epic underperformance started from the top of an epic bubble. What if the tables are turning? In a world of precious few cheap stocks or sectors, Japan is interesting.”