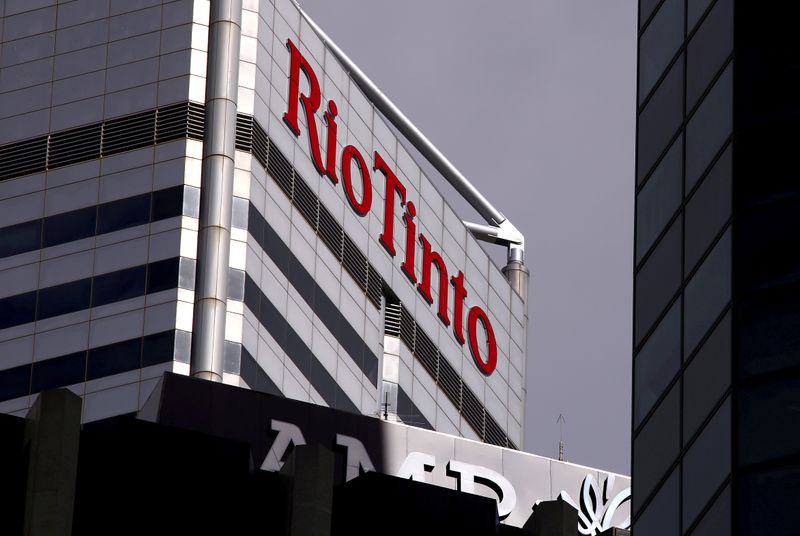 © Reuters. FILE PHOTO: A sign adorns the building where mining company Rio Tinto has their office in Perth, Western Australia

MELBOURNE (Reuters) – Rio Tinto (NYSE:RIO) may face calls to pay compensation or a fine when an Australian parliamentary inquiry releases an interim report on Wednesday into how the firm legally destroyed ancient sacred rock shelters for an iron ore mine, industry sources said.

The inquiry into the destruction of the 46,000-year-old Juukan Gorge rock shelter in May has heard testimony from dozens of people and more than 140 submissions from miners, heritage specialists and Aboriginal and civil society groups.

The committee is due to table its report to the Senate on Wednesday afternoon, after COVID-19 disruptions delayed hearings, and is now more likely to finish in the second half of 2021 once it has heard testimony from other states, an official told Reuters.

It is widely expected to castigate Rio on its failures as well as propose mining industry and legal reform. Its findings may also include a call for compensation.

"I think the only risk is that Rio has to pay some form of restitution," said analyst Glyn Lawcock of UBS in Sydney.

Even then, in the context of Rio Tinto's $123 billion valuation, the amount was not likely to be material; however recommendations to overhaul legislation could result in delays to industry mine expansion plans in the years ahead, he said.

"That could slow the process down and that will have an impact on global supply and demand at the end of the day," he said. Western Australia supplies 55% of China's iron ore needs.

Rio is also expected to announce its new chief executive any day, after Jean-Sébastien Jacques and two other senior leaders agreed to step down in August due to the procedural failings it found led to the disaster and the way it was initially managed.