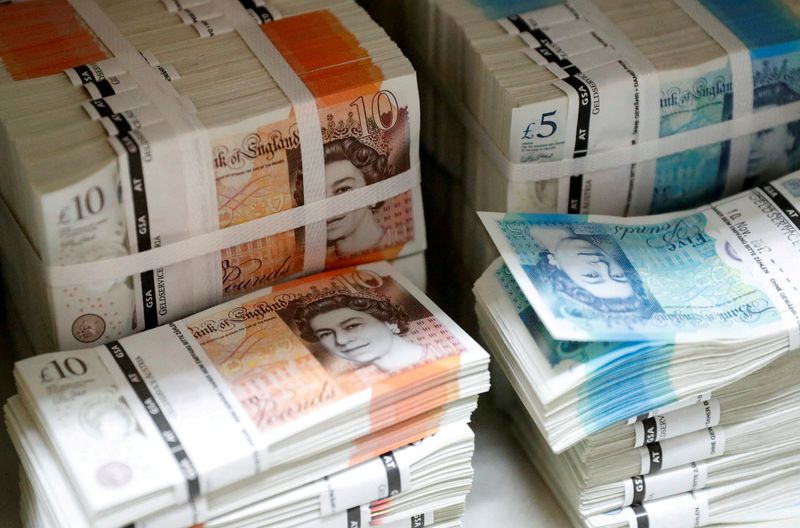 LONDON (Reuters) – The pound fell against the dollar on Wednesday after data showed British inflation rising to 9%, the highest level in 40 years.

The drop reverses most of the gains made on Tuesday when the pound touched its highest level since May 5.

Strong labour market data had boosted expectations that the Bank of England would have to further increase interest rates, but the latest inflation numbers are fuelling fears that the threat of recession may temper how far the central bank can go.

“Yesterday it looked like with wage growth rising and unemployment so low it meant that the bank had more room for manoeuvre,” said Susannah Streeter, senior investment and markets analyst at Hargreaves Lansdown (LON:).

“Now the eye wateringly high costs for consumers is going to lead to dropping consumer spending power which will have a deep impact on output in the UK economy.”

Consumer price inflation hit 9% in April, making Britain’s inflation rate the highest of Europe’s five biggest economies and almost certainly the Group of Seven countries, with Canada and Japan yet to report figures for April. Neither are likely to match Britain’s price growth.

“Of course the bank doesn’t want to be so aggressive that it pushes the UK into a deep downturn, but it knows it needs to pull some levers to try to keep a lid on inflation,” said Streeter.

The fact that the U.S. Federal Reserve is expected to act more aggressively on its interest rate hikes is also making the dollar more attractive, Streeter said, further adding to the pound’s weakness as traders flee riskier assets.

British foreign secretary Liz Truss said on Tuesday she intended to introduce legislation in the coming weeks to make changes to the Northern Ireland protocol, which was part of the Brexit divorce deal.

According to a note from ING strategists, Brexit-related risks around changes to Northern Ireland protocol and the potential for a trade war with the EU is a major downside risk for the pound, which they expect to trade at mostly below $1.23820 versus the dollar during the summer.