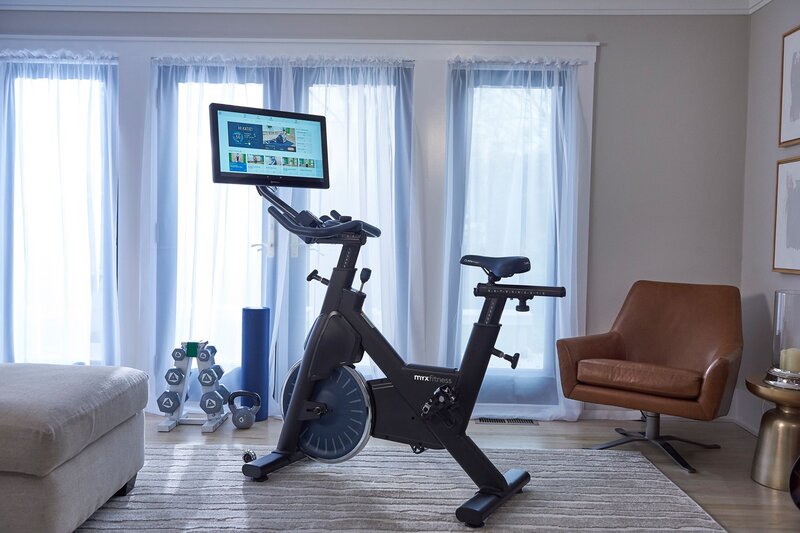 Would-be customers are fed up with months-long waits to get their bikes and are turning to rivals, including the very new MYXfitness. Not even a year into the market, the company is already reporting growth that was expected three years out.

Demand for the Greenwich, Conn.-based company's equipment, which debuted at the consumer technology trade show CES in January, saw a surge in the spring following stay-at-home mandates to prevent the spread of the coronavirus. While they had some delays in delivery, MYXfitness guaranteed Christmas delivery up through the Wednesday before Thanksgiving. Current lag times range between three and five weeks. Peloton says on its website some deliveries will take in excess of 10 weeks.

"We thought this would mature over the next several years," said MYXfitness President Herbie Calves in a video interview. But sales have taken them by surprise, and continue increasing as Peloton fails to deliver and the holiday season is upon us. "Home fitness is probably one of the hottest categories for giving this year."

With gyms closed and Americans forced to reinvent home life as work life, gym life and everything else, at-home fitness has been one of the beneficiaries of the Covid-19 virus. Peloton reported sales of $757.9 million for the third quarter, up more than 200% from a year earlier. Its shares have risen almost 300% from the start of the year.

MYXfitness was funded by a venture capital group out of Greenwich to bring connected fitness to a "broader group of consumers," Calves said. That is defined as those who work out for life, not to win, ie, everyday people who are harried and busy with life, parenting, work, etc. Calves compared it to those who go to Soul Cycle and those who go to Orange Theory.

"We built everything around that with that consumer in mind," said Calves, who refers to the product as a home gym solution. And while price is a factor, it's not the only one.

"They don't want to compromise on quality, and they have a certain price sensitivity," Calves said.

MYXfitness charges $1,299 for its standard package, and membership for classes is $29 a month. Peloton charges $1,895 and a monthly fee of $39 for classes.

Despite the high costs overall, for the fiscal 2021 first quarter, Peloton reported subscription growth of 137% to more than 1.3 million, with total members growing to over 3.6 million.

Still, MYXfitness isn't the only rival in town, and it doesn't have the brand recognition of some of its competitors, including NordicTrack, Bowflex and Pro-Form.
With so much demand, though, MYXfitness may help fill the need. And Calves believes the change is real, with vaccines doing little to disrupt the new dynamic of the home gym.

"This change was happening in the category anyway," he said. For 2021, "we see this acceleration of a category, not a one time, one shot thing."