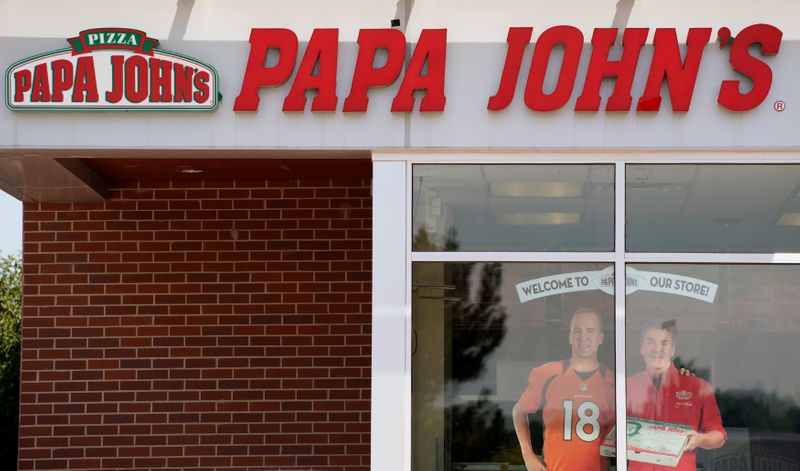 U.S. District Judge Kimba Wood in Manhattan said Papa John's had no affirmative duty to disclose problems in its workplace, including published accusations of sexual misconduct against Schnatter, despite the rise of the #MeToo movement against such behavior.

She found no proof the alleged problems would materially hurt Papa John's results, and said the company's public statements about its culture were "immaterial puffery" and too general to support a securities fraud claim.

The proposed class action against Papa John's was led by the Oklahoma Law Enforcement Retirement System.

It said the Louisville, Kentucky-based company inflated its share price over 4-1/2 years by concealing problems, and that the price fell during the summer of 2018 when the truth came out, causing losses for shareholders.

Lawyers for the shareholders and for Papa John's did not immediately respond to requests for comment.

"We're pleased with the court's decision," said Steven Mintz, a lawyer for Schnatter and two other former Papa John's executives. "It affirms that securities fraud pleadings require more than unconfirmed press reports about a company's culture."

Wood dismissed the lawsuit with prejudice, meaning it cannot be brought again. The lawsuit had been amended twice, and the judge said it would be "futile" to try again.

Schnatter resigned as Papa John's chairman in July 2018 and apologized after a published report said he used a racial slur when discussing Black people.

He stepped down as CEO in December 2017 after saying the National Football League's handling of players protesting racism and police misconduct was hurting sales at Papa John's, then a league sponsor.