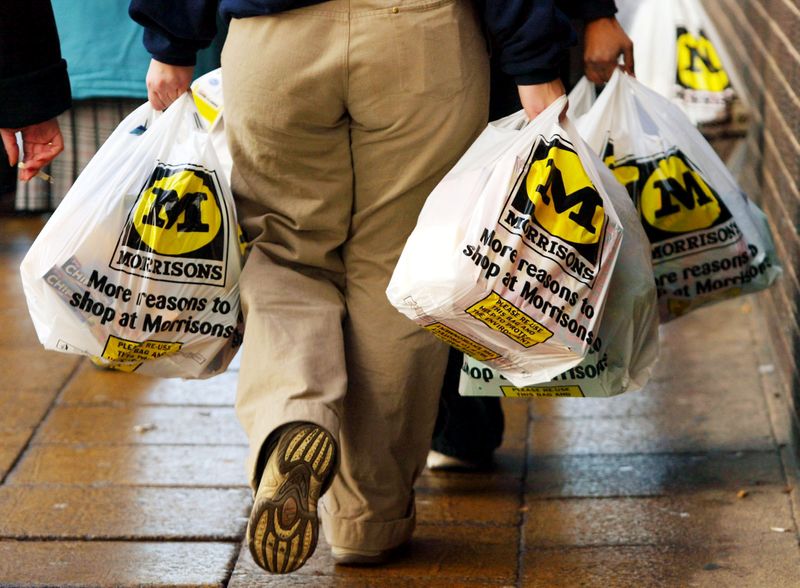 © Reuters. FILE PHOTO: A shopper leaves with her groceries at the Morrisons supermarket in Bradford City center

LONDON (Reuters) – The online share of British grocery sales hit a record 16% in January, up from 8% in the same month last year, driven by increased demand during the country's third COVID-19 lockdown, industry data showed on Tuesday.

It said one in three of all British households shopped online, with 770 million pounds of the spend coming from new online shoppers.

"This growth has once again been driven by increased demand throughout the third lockdown as shoppers shifted spend away from stores where overall growth was flat," said Mike Watkins, Nielsen’s UK head of retailer and business insight.

"Retailers were able to flex their capacity in home delivery and increasingly in click and collect to meet the unprecedented number of new online shoppers.”

It said Morrisons, Britain's fourth largest supermarket group, was the best performer of the country's big four grocers with sales growth of 10.5% in the 12 weeks to Jan. 30.

Market leader Tesco (OTC:TSCDY), Sainsbury's and Asda followed with growth of 8.6%, 8.2% and 7% respectively.