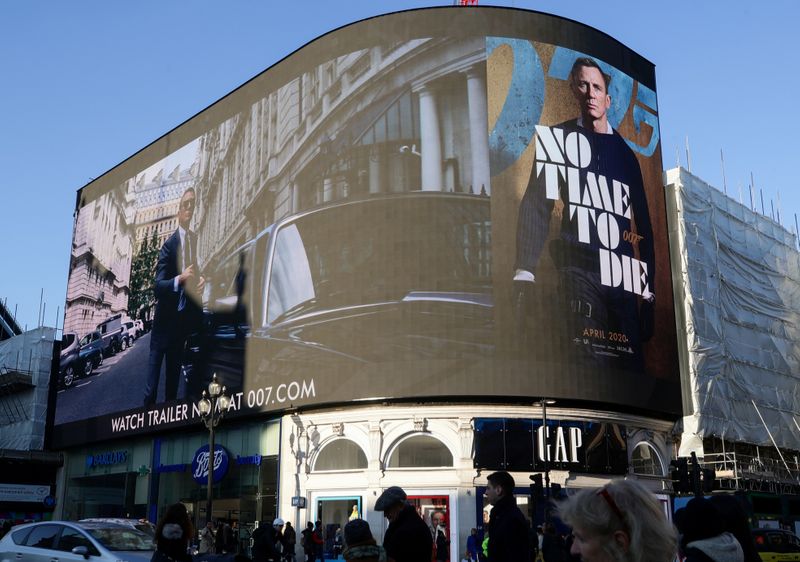 © Reuters. Trailer for a James Bond film "No Time to Die" is displayed in London

(Reuters) – U.S. movie studio MGM Holdings is exploring a sale, a person familiar with the matter told Reuters on Monday.

The movie studio behind the "James Bond" franchise has tapped investment banks Morgan Stanley (NYSE:MS) and LionTree LLC and started a formal sale process, the source said, asking not to be identified.

The company has a market value of around $5.5 billion, based on privately traded shares and including debt, the source added. The development was reported https://on.wsj.com/37DWKEq earlier by the Wall Street Journal.