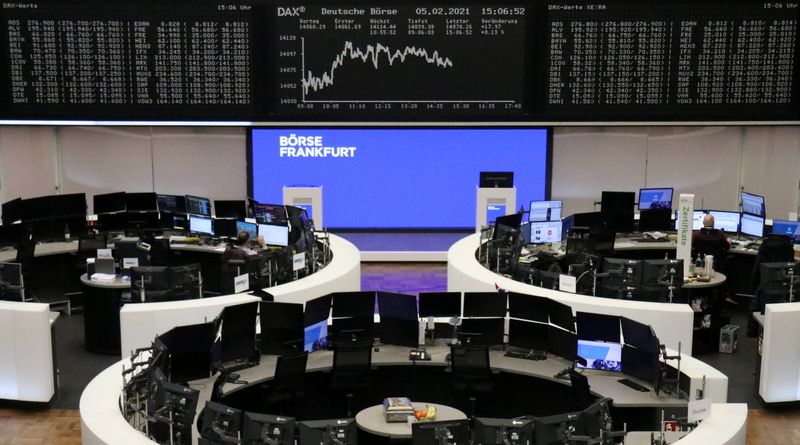 The pan-European STOXX 600 rose 0.7%, with Rio Tinto (NYSE:RIO), BHP Group (NYSE:BHP) and Anglo American (LON:AAL) bolstering the index as copper prices leapt to their highest in more than eight years.

Banks and energy stocks also climbed as a so-called "recovery trade" sparked demand for sectors that had underperformed the broader index following the coronavirus-driven crash in early 2020.

Energy stocks were also boosted by a jump in oil prices to 13-month highs. [O/R]

Most European bourses were higher by 0846 GMT, while Asian shares hit record highs earlier in the day. [MKTS/GLOB]

U.S. President Joe Biden on Friday turned to a bipartisan group of local officials for help on his $1.9 trillion coronavirus relief plan.

Historic monetary and fiscal stimulus helped the benchmark STOXX 600 rebound about 55% since slumping to a more-than-seven-year low in March 2020, although it has lagged the U.S. S&P 500 due to prolonged coronavirus-induced lockdowns in Europe.

A recent Reuters poll found the euro zone economy was in a double-dip recession and that economists now expect GDP to contract 0.8% in the first quarter, reversing an earlier forecast for growth of 0.6%.

All eyes will now be on December euro zone industrial production data due at 1000 GMT, and consumer confidence and business activity readings later in the week.

Trading volumes are expected to remain thin on Monday with markets in China, Hong Kong and the United States shut for local holidays.

In company news, Vivendi (OTC:VIVHY) surged 17.2% to the top of the STOXX 600 as it said it planned to distribute 60% of Universal Music's capital to investors and aimed to list its most-prized asset by the end of the year.

Shares of Groupe Bollore, which has a 27% stake in Vivendi's share capital, jumped 12.7%.

British pubs group Mitchells & Butlers rose 3.8% after saying it intended to raise 350 million pounds ($486 million) in equity and had reached an agreement with its bankers for a new credit facility.