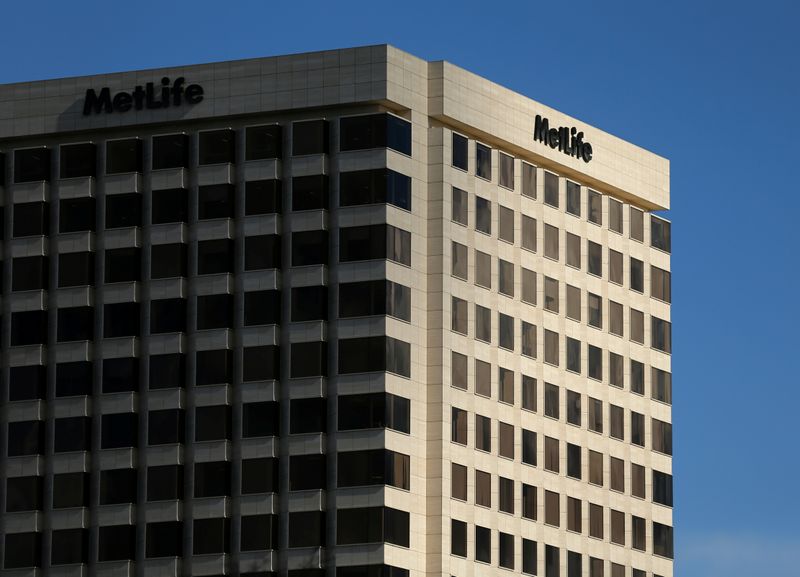 © Reuters. A MetLife Inc building is shown in Irvine, California

(Reuters) – Insurer MetLife Inc (NYSE:MET) reported a marginal rise in fourth-quarter adjusted profit on Wednesday as investment growth and strong underwriting in some of its U.S. businesses cushioned the hit from coronavirus-related claims.

Adjusted earnings of the insurer's U.S. business jumped 51% to $1.02 billion, while its overall net investment income grew by 13% to $5.24 billion on strong returns from private equity investments.

That helped MetLife offset weak performance in Latin America, where its business was impacted by claims from deaths linked to the COVID-19 pandemic.

Global life insurers are taking steps to curb payouts stemming from the health crisis, including long-term health consequences that are not fully understood.nL1N2JP1SV]

In the United States, 8% of reported group life insurance claims from April to August attributed the cause of death to COVID-19, according to the U.S. Society of Actuaries.

The insurer holds a book of derivatives to hedge against the risk of market swings. Such gains do not indicate the actual performance of the company, but reflect the effect of accounting rules, an issue that has occurred in some previous quarters.

Analysts on average had expected a profit of $1.52 per share, according to Refinitiv IBES data. But it was not immediately clear if the numbers were comparable.