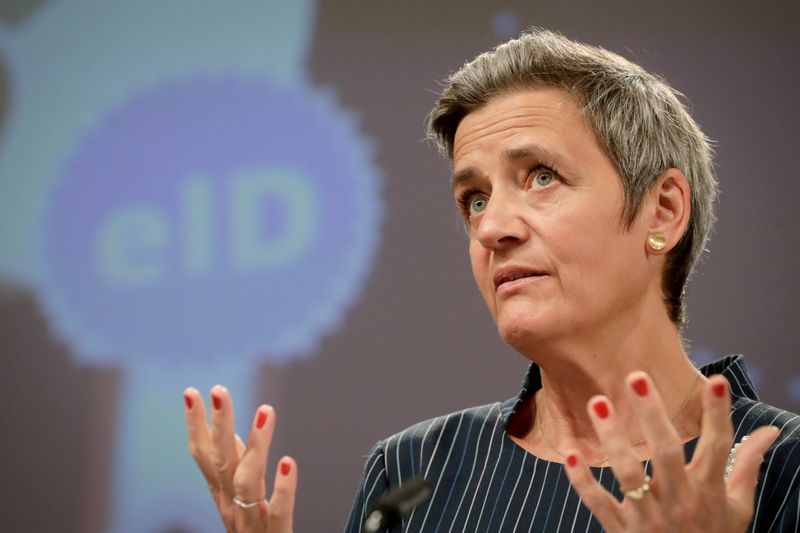 The comments from the European Commission come after a year-long inquiry into voice assistants and other internet-connected devices and responses from more than 200 companies.

Similar inquiries in the past into sectors such as e-commerce, pharmaceuticals, financial services and energy have led to cases against companies and hefty fines.

Alexa, Siri and Google Assistant are the most popular voice- assistant devices in Europe, with the global market expected to double to 8.4 billion devices from 4.2 billion between 2020 and 2024, according to Statista.

“We saw indications that some practices that we know too well may lead to tipping and to the emergence of gatekeepers,” European Competition Commissioner Margrethe Vestager told reporters.

“And from the preliminary results published today, it appears that our concerns are shared by many players,” she said.

Vestager said it was too early to say if the inquiry would lead to cases against companies which will be decided after a 12-week long public consultation ending Sept. 1 and a final report due in the first half of 2022.

The EU antitrust watchdog said respondents cited worries over certain exclusivity and tying practices related to voice assistants such as producers of smart devices being prevented from installing a second voice assistant on a device.

A second concern was about voice assistant providers promoting their own services or those of third parties via default settings on devices, thus restricting rivals.

A third concern focused on the troves of data available to providers of voice assistants and smart devices, while a fourth worry was about the lack of inter-operability between devices.

Amazon said there was intense competition in the smart home market.

“There will not, and should not, be one winner. Today, Alexa is compatible with over 140,000 smart home products, and we make it easy for device makers to integrate Alexa directly into their own products,” a spokesperson said.

Amazon went on to say it has signed up 80 companies to its Voice Interoperability Initiative which gives customers the ability to access multiple voice services on a device.

Google and Apple did not immediately respond to requests for comment.

Vestager has proposed tough new rules known as the Digital Markets Act which targets a number of these practices. The draft needs to be thrashed out with EU lawmakers and EU countries before it can be implemented, likely next year.