One trend that stands out in the cannabis sector in 2021 is the move towards mergers and acquisitions on both sides of the Canada-US border.

The increase in M&A activity continues to be the story in the early days of September as well as the anticipation of US legalization of marijuana continues to tilt to the optimistic side.

Among the most recent deals that keep the merger trend in vogue, is the announcement last week that US multi-state cannabis company TerrAscend Corp (OTC:) (CSE:) will buy Michigan-based marijuana grower Gage Growth (CSE:) for US$545 million. 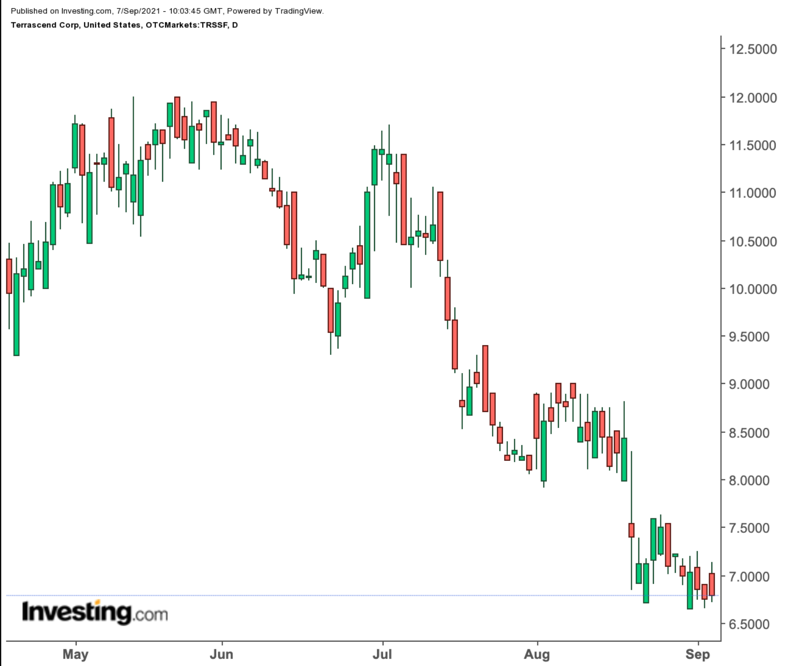 The purchase of Gage Growth provides TerrAscend with access into Michagan, the third largest pot market in the US. TerrAscend already operates in California, New Jersey and Pennsylvania, as well as in Canada.

The deal will include Gage Growth’s 10 cannabis dispensary outlets, as well as an additional 10 it was in the works to open within Michigan.

According to the terms of the deal, Gage Growth shareholders will receive 0.3001 of TerrAscend common shares, or roughly 19.8% of the combined company.

The new combined company will operate in five states and Canada, and oversee a total of seven growing and processing facilities and 23 retail outlets that cater to both medical and recreational cannabis clients on both sides of the border.

“Our shared strategic and corporate values make this combination a strong fit. We also recognize the incredible success that TerrAscend has enjoyed in recent years. We could think of no better company to partner with as we execute on our shared strategy of deep vertical integration and scale in our core markets, with a vision of creating the most consumer-centric cannabis company in the world.”

According to the joint statement, about 58.5% of Gage’s shareholders support the deal.

The deal is expected to be completed in the first half of next year.

The statement also pointed to Gage Growth’s healthy cash position and TerrAscend’s strong balance sheet which will contribute to the new joint company to execute its growth plans.

Shares of TerrAscend closed last Friday before the long weekend at US$6.79, up 4 cents from the previous day’s closing price. The stock has gained just over 44% in the last 12 months.

Cannabis Sector Mergers Up In 2021

So just how many cannabis companies are getting in on merger and acquisition action?

According to Viridian Capital Markets, a financial and strategic advisory firm focused on the cannabis sector, there have been 212 deals in the marijuana sector in the first eight months of 2021, compared with 54 in the same period in 2020.