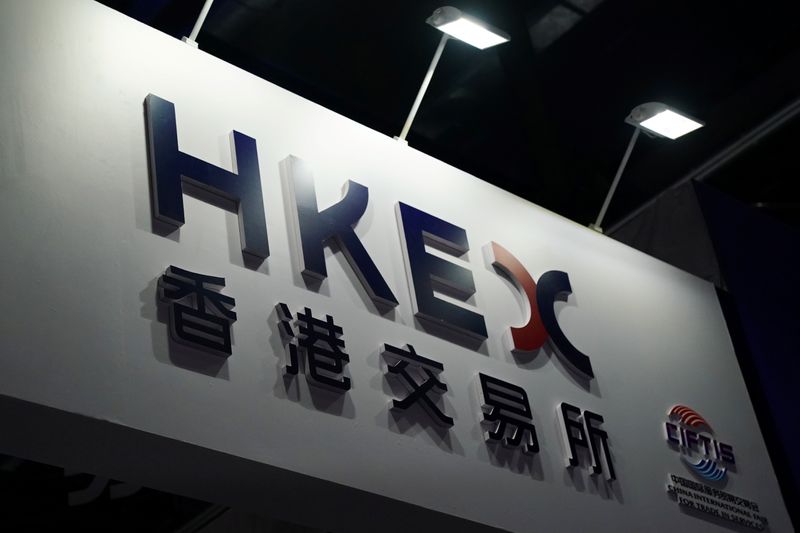 © Reuters. HKEX sign is seen at the 2020 China International Fair for Trade in Services in Beijing

By Julie Zhu and Scott Murdoch

HONG KONG (Reuters) – JD (NASDAQ:JD) Logistics has asked banks to pitch for the lead role in its Hong Kong initial public offering (IPO) of up to $3 billion as it moves towards launching the deal in the first half of 2021, according to two sources with direct knowledge of the matter.

The logistics business, the offshoot of Chinese e-commerce giant JD.com Inc, would be the latest subsidiary of the parent company to be spun off and listed in Hong Kong.

The IPO could raise between $2 billion and $3 billion, said the sources, adding the company was yet to set a firm target.

Investment banks made presentations to JD Logistics executives on Nov. 27 as part of the selection process, the sources said.

The people could not be named as the information has not yet been made public.

JD Logistics did not immediately respond to a request for comment

JD.com spun off its logistics unit into a standalone entity in 2017 and then opened up its delivery and warehousing services to third-party companies. An IPO for the unit has been under consideration for almost a year.

Official mandates have yet to be given to the banks but JD is known to be close to UBS, Bank of America (NYSE:BAC) and Haitong Securities, the people said.

UBS and Bank of America declined comment. Haitong did not immediately respond to a request for comment.

A timetable for the JD Logistics IPO has not yet been set, but the two sources suggested a deal was expected in the first half of 2020.

The JD Logistics IPO was discussed during JD Health listing presentations last week with the parent's management, which indicated a deal could come earlier in the new year, a separate investor source said.

The source was not authorised to speak to media so could not be named.