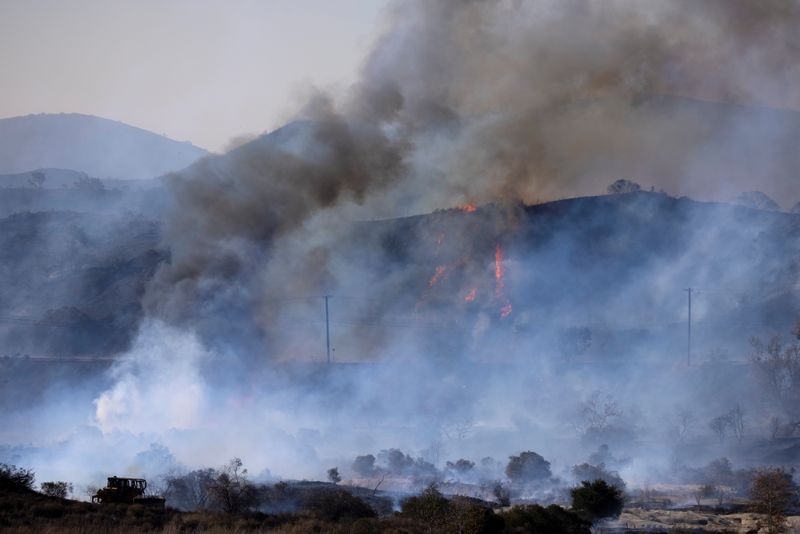 By Alwyn Scott and David French

NEW YORK (Reuters) – Chubb (NYSE:CB) Ltd's $23.4 billion bid for Hartford Financial Services Group (NYSE:HIG) Inc would catapult it well up the rankings of U.S. property and casualty insurers, if it is willing to sweeten its offer enough to clinch the deal, equity analysts said.

Chubb on Thursday offered to buy Hartford for $65 per share in cash and stock, a premium of about 13% to its stock price the previous day.

In combining forces, Chubb would significantly boost its footprint among small commercial businesses, where Hartford is a leader. Building scale in that sector is critical, because small businesses tend to pay small premiums, said analyst Paul Newsome at Piper Sandler (NYSE:PIPR) in Chicago.

Hartford Financial or "The Hartford" as it is known, dates back to 1810 when it was founded as the Hartford Fire Insurance Co.

Some analysts said the offer undervalued Hartford and suggested the price could rise to more than $29 billion. Other acquisitions in the sector have fetched prices that were 151% to 176% of book value, compared with Chubb's bid at 144% of Hartford's book value.

"We view the $65 per share as too low," Wells Fargo (NYSE:WFC) analyst Elyse Greenspan said in a note, arguing Hartford could command more than $80 a share.

The combined company could book about $51 billion in net premiums earned in 2022, a key revenue metric for insurers, Greenspan estimated.

That would make Chubb bigger than Progressive Corp (NYSE:PGR), which analysts expect will report about $48 billion in net premiums earned in 2022, according to Refinitiv.

The P&C insurance market has been hit by claims associated with the COVID-19 pandemic, including payouts to some business for losses caused by lockdown measures.

This comes on top of terrible wildfires in western states, the most active Atlantic hurricane season on record, and civil unrest, which have all raised claims by policyholders, and pushed losses onto insurers.

While a potential deal would be the largest in the P&C space since Chubb was created by ACE Ltd's $28.5 billion purchase of Chubb in January 2016, this part of insurance has seen a steady flow of smaller acquisitions.

Transactions such as MetLife Inc (NYSE:MET) selling its car and home insurance business to Farmers Group, part of Zurich Insurance Group AG (OTC:ZURVY), reflect how those with smaller operations are exiting the sector in the face of fierce competition.

The deal is unlikely to encounter regulatory challenges given how fragmented the P&C industry is, Newsome said. Chubb has a narrow advantage as the largest writer of commercial lines policies ahead of Travelers Companies (NYSE:TRV), according to S&P Global (NYSE:SPGI) Market Intelligence. Adding eighth-ranked Hartford would give the combined entity an 8.4% market share overall.

In personal lines insurance, a joint Chubb-Hartford would be the 11th-largest writer, S&P Global figures show. Ranking by net premiums written would put Chubb-Hartford just below fifth-ranked Liberty Mutual Insurance Co, based on 2020 results, according to AM Best.

If Chubb does not pay up for Hartford, others might be more willing. William Hawkins (NASDAQ:HWKN) at Keefe, Bruyette & Woods wrote in a note that Allianz (DE:ALVG) SE and Zurich could offer $87 and $84 a share, respectively, while still accruing benefits to earnings.

"Every significant-size insurance company is going to ask themselves, 'If Chubb thinks they need scale, what about me?'" Newsome said. (This story corrects name of company to S&P Global Market Intelligence instead of S&P Global Intelligence, paragraph 13)