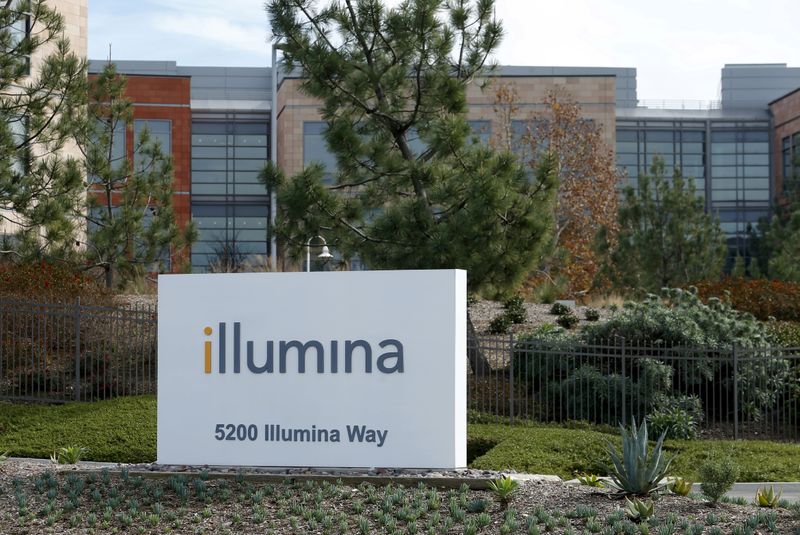 WASHINGTON (Reuters) – The chief executive of life sciences company Illumina (NASDAQ:) argued Thursday his company’s deal to buy back GRAIL would lead to cheaper cancer tests rather than potentially pushing up prices as the government alleged in seeking to block the $7.1 billion transaction.

Illumina said in a court filing this week that the Federal Trade Commission’s request for a preliminary injunction should be denied because its arguments are “hopelessly speculative.”

“This acquisition provides huge benefits to people who may have cancer and don’t know it,” said CEO Francis deSouza.

GRAIL is developing a blood test to screen for many kinds of cancer at early stages, and Illumina is the sole provider of the technology for the DNA sequencing needed for the test or for rivals designing a competing test, the FTC said.

The potential lack of access would potentially prevent other companies than GRAIL from developing a rival test, the FTC argued.

DeSouza disagreed, noting that the company has offered a 12-year contract to supply its technology to potential GRAIL rivals. “Our whole ethos as a company is to drive the price of sequencing down,” he said.

The lawsuit was filed at a time when concerns over health care costs, including prices of medicines like insulin that have been off patent for years, have risen sharply, in some cases forcing patients to make painful decisions.

Illumina formed GRAIL five years ago and spun it off in 2017, although Illumina maintained about a 14.5 percent stake.

This is not Illumina’s first tangle with the FTC. In 2019, the agency challenged its planned merger with Pacific Biosciences (NASDAQ:) of California, and the two companies called off the deal.