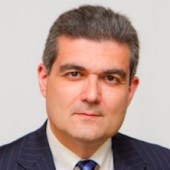 How to create a “synthetic” digital option

In a recent episode of Market Huddle podcast Jim Leitner of Falcon management shows how retail investors can synthetically create digital options which have been available to the institutional traders for decades.

A digital option is basically a binary bet that some event will occur by or at a given date. These options are priced on a scale of 0 to 100 so for example an option that is priced at 10 will pay out 100 or nine times its cost if the given event occurs within the specified time frame.

As Leitner explains, if an investor thinks that the probability of a certain scenario is greater than the cost of the digital option then he could consider a trade. For example, if an investor believes that the probability of stock going to X by the end of summer is greater than 50% but the digital option only costs 25% then it may be an interesting trade to consider.

How to asses the implied probabilities in that trade

Retail investors can replicate the binary nature of digital options by simply establishing bull spread positions in options. For example in the 50/45 put bull spread in stock X expiring in September the investor buys a 50 put and sells a 45 put at the same time. If the total cost of the spread is 2 dollars and the maximum payout of the spread is 5 dollars then the investor can think about the trade as digital option that costs 40% (2/5) and would pay out 60% (100%-40% or 5-2 in dollar terms) if the price is at 45 or below by September. A side benefit of this approach is that such a position eliminates much of the extrinsic premium costs of the option which can be very attractive in high volatility stocks.

Why AMC may be a good candidate for such a trade

An interesting way to consider using such “synthetic” digital option bets is against some of the high flying meme stock such as AMC (NYSE:). Shorting AMC outright is not only financially dangerous but may be prohibitively expensive as costs of borrowing in the stock have no doubt skyrocketed since the start of the Reddit squeeze. The stock continues its insane ascent in pre-market trade today up nearly 20% as it hits the $75/share level.

However, as we noted yesterday the short squeeze only lasts as long traders are willing to throw fresh capital at the stock. As the buying frenzy eventually starts to wane the price will begin to drift and could decline as quickly as it rose. The pump and dump in GameStop (NYSE:) serves to illustrate this point. The stock declined by nearly 60% off its February peak highs of $347 and traded at around $150 for most of March and April before finding fresh buyers at the end of May.

Therefore if a trader believes that as summer ends and the AMC TikTok videos fade from our social consciousness as the Reddit apes move to the next target the stock could easily drop below the $40 mark by September. Given the massive volatility in the stock the while option chain in AMC is very expensive but if an investor could establish a 50/45 bull put spread for 2.5 or less that would be the equivalent of 50% digital option bet that AMC trades below $45/share by Sept. 17. If you believe that the probability of that scenario is 70% to 80% then such a trade may be an interesting bet and more importantly the risk is limited to the cost of the spread – something that cannot be achieved with an outright short.