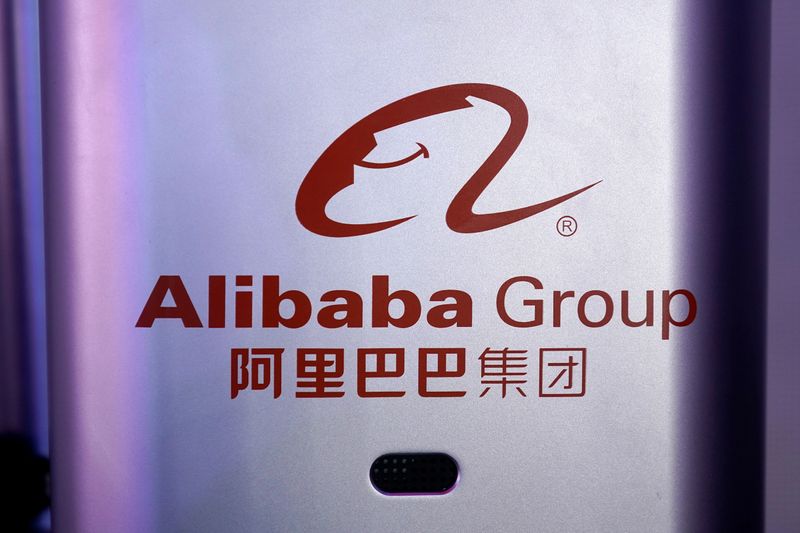 © Reuters. FILE PHOTO: A logo of Alibaba Group is seen during a global shopping festival at a media center in Hangzhou

WASHINGTON (Reuters) – The U.S. House of Representatives is expected to pass legislation this week that could prevent some Chinese companies from listing their shares on U.S. exchanges unless they adhere to U.S. auditing standards, congressional aides said on Tuesday.

The House is scheduled to vote on Wednesday evening on "The Holding Foreign Companies Accountable Act," which bars securities of foreign companies from being listed on any U.S. exchange if it has failed to comply with the U.S. Public Accounting Oversight Board's audits for three years in a row.

Aides said there is bipartisan backing for the measure. Measures taking a harder line on Chinese business and trade practices generally pass Congress with large margins.

The bill, sponsored by Republican Senator John Kennedy and Democratic Senator Chris Van Hollen, passed the Senate in May by unanimous consent, so House passage would send it to the White House for President Donald Trump to veto or sign into law.

White House aides did not respond to a request for comment on the president's plans, but congressional aides said they did not expect the president would object to the measure. Trump is a strong critic of China's business practices.

The measure also would require public companies disclose whether they are owned or controlled by a foreign government.

The bill would give Chinese companies like Alibaba (NYSE:BABA), China Telecom (NYSE:CHA) Corp Ltd and China Mobile (NYSE:CHL) Ltd three years to comply with U.S. rules before being removed from U.S. markets.