The action in recent days has confirmed a short-term bottom in and gold stocks.

The chart below shows that GDX held 8-year support, which is a successful retest of the breakout in 2020.

GDXJ fell below its 8-year support but is now back above it after holding its 400-day moving average, which has been significant support or resistance over the past decade. 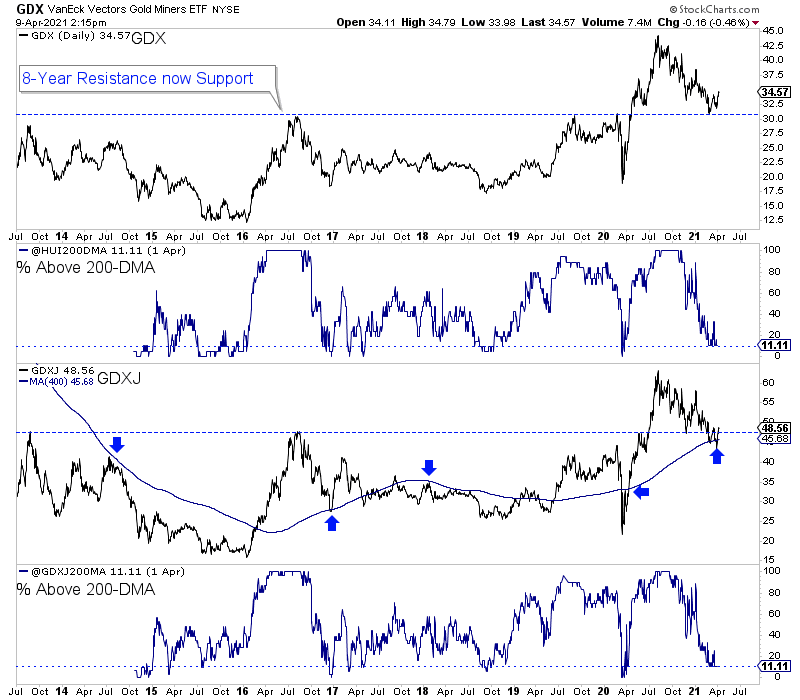 There is stiff resistance at the upper end of those targets.

Gold bulls are getting excited as this recovery takes shape but let me be a party pooper.

It’s not going anywhere until the sector outperforms the stock market, and the just made another new all-time high.

Gold held up well but failed to break out multiple times as it underperformed the stock market. 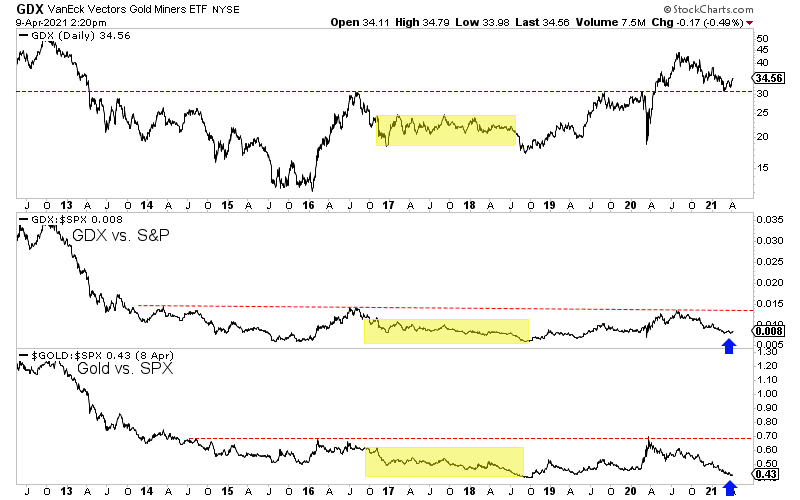 Every big move in this sector has occurred in tandem with it outperforming the stock market.

For this rebound to have legs beyond our targets, it needs to outperform the stock market. Otherwise, it will rally and then grind around until fundamentals turn bullish again.

In the meantime, the best strategy is to buy companies that can add value in a flat or range-bound market.

There are three ways a junior company can add value, and they all center around growth.

First, a company can build a mine and become a producer. Successful developers get a re-rating when they become producers.

Second, an existing producer can grow its production. Successful exploration around an existing mine can have a positive impact on future production growth.

Third, exploration companies can add value by making a discovery or growing an existing discovery or deposit.

If the company isn’t doing one of these things, it’s not going to be a leader in the market, and it will probably follow metals prices.

Right now, the bulk of my capital is in companies that are or can add value in one of these ways and have the potential to be 5, 7, and 10 baggers when the real bull market begins.