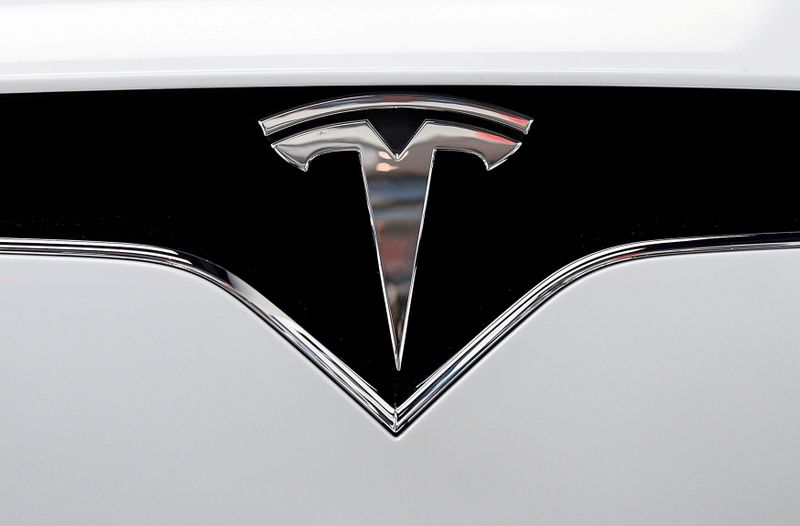 © Reuters. FILE PHOTO: The Tesla logo is seen on a car at Tesla's showroom in Manhattan's Meatpacking District in New York

The payment by Martin Tripp, a former process technician at Tesla's Gigafactory near Reno, Nevada, was part of a settlement detailed in a Monday filing with the federal court in that city. It requires approval by Chief Judge Miranda Du.

Tesla and Musk became embroiled in a public dispute with Tripp in June 2018, when it fired and then sued him.

The Palo Alto, California-based company accused Tripp of writing software to hack into its manufacturing operating system, stealing trade secrets, and making false claims to reporters about information he stole.

Du has said Tripp characterized himself as a whistleblower who had identified production inefficiencies and delays in Tesla's effort to produce 5,000 Model 3 cars each week.

In September, the judge dismissed Tripp's defamation counterclaim over statements from Tesla, including an email to employees where Musk accused him of "sabotage," saying Tripp did not show actual malice.

According to the court filing, Tripp did not contest Tesla's claims that he stole trade secrets, and acknowledged that his counterclaims were funded by a short seller of Tesla stock. The filing was signed by Tripp and a Tesla lawyer.