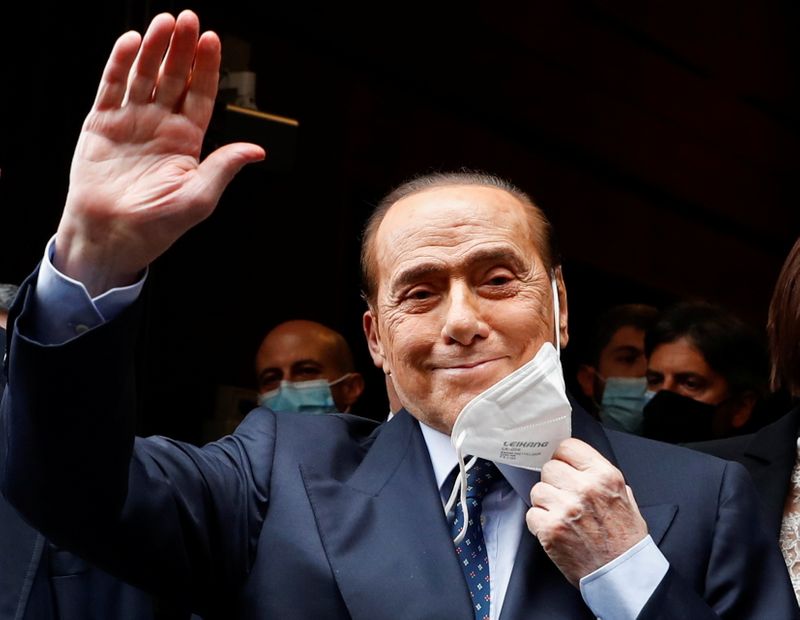 © Reuters. Berlusconi arrives at Montecitorio Palace for talks on forming a new government, in Rome

ROME (Reuters) – Former Italian Prime Minister Silvio Berlusconi has been in hospital since Monday and will not be able to attend any public events in the near future, two sources said on Wednesday.

It was unclear why the 84-year-old media tycoon was hospitalized, but one source familiar with the matter said it was "nothing serious".

A source from Berlusconi's Forza Italia party said he had been staying at his house in Arcore, a small town close to Milan, before being taken to hospital.

"He will need to rest for a while," the source said, adding that until Saturday Berlusconi had been "very well".

Berlusconi was unable to attend a court hearing in Milan this morning for a judicial case in which he is involved.

Last January, Berlusconi was hospitalized in Monaco due to heart problems and in September he survived coronavirus, which he defined as "the most dangerous challenge of his life".

He underwent major heart surgery in 2016 and has also suffered prostate cancer.

Berlusconi has spent much of his time recuperating from coronavirus at his daughter Marina's house in Provence, in southeast France.