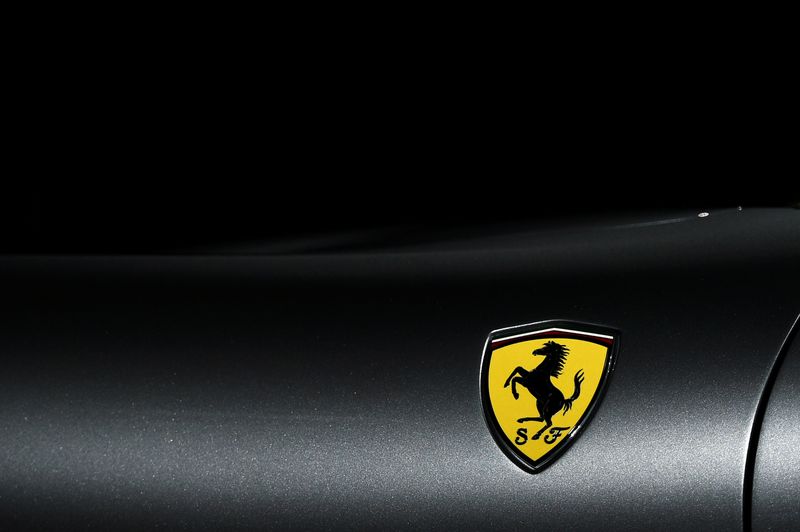 © Reuters. FILE PHOTO: The Ferrari logo is pictured as Ferrari Roma is unveiled during its first world presentation in Rome

MILAN (Reuters) – Shares in Ferrari (NYSE:RACE) slipped on Friday after the sudden departure of CEO Louis Camilleri for personal reasons, who is leaving just as the luxury carmaker seeks to boost its share of hybrid models and prepares to roll out its first SUV.

Chairman John Elkann, the scion of Italy's Agnelli family, will lead the company on an interim basis, Ferrari said late on Thursday.

According to a company source, Camilleri, 65, had suffered health problems, which made it necessary for him to be hospitalised for COVID-19 in recent weeks. He is now recovering at home but his illness was not the cause of his decision to retire, the source added.

Camilleri was appointed to lead Ferrari in July 2018 after the sudden death of former CEO Sergio Marchionne. During his tenure, Ferrari was one of the best performing stocks in the auto sector, as demand for its high performance cars remained strong despite the coronavirus pandemic.

Under his leadership, Ferrari shares have hit record levels, with those listed on Milan bourse touching an all-time high of 182.95 euros ($221.70) last month.

Camilleri was also leading an effort to expand the Ferrari vehicle lineup and the use of its brand, without undermining the exclusivity that supported its premium pricing and profit.

"At the same time, Ferrari faces perhaps the biggest upheaval in its history with a number of questions around the deliverability of 2022 profit targets and more pertinently navigating the launch of the PuroSangue SUV and negotiating the transition to zero carbon emissions," Citi added.