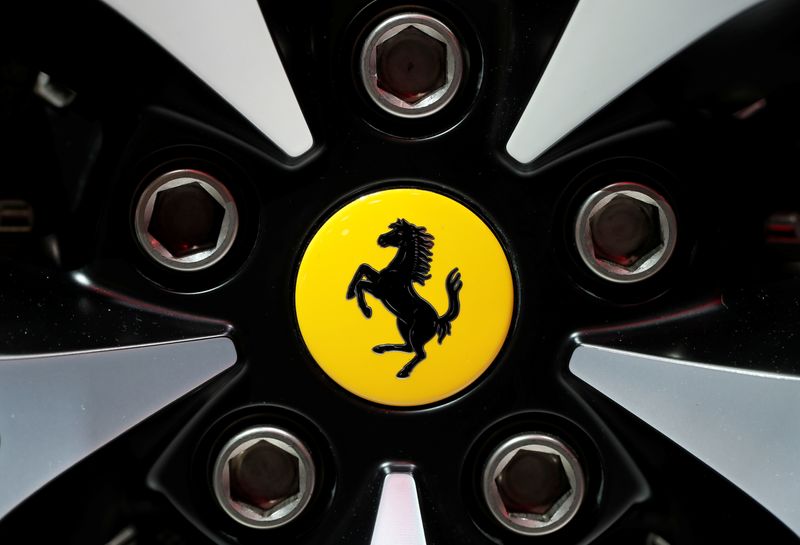 © Reuters. FILE PHOTO: The logo of Ferrari is pictured during the first press day of the Paris auto show, in Paris, France, October 2, 2018. REUTERS/Benoit Tessier

Following are some highlights of Vigna’s career.

* Vigna, 52, leads ST’s division in charge of sensors and micro-electromechanical systems (MEMS), the company’s biggest and most profitable business in 2020.

* Vigna, who holds a degree in subnuclear physics from the University of Pisa, joined ST in 1995 and oversaw the company’s first steps in MEMS, helping build its strong market position in motion-activated user interfaces.

* Vigna and his team were among pioneers of the “three axis gyroscope” that debuted in the Apple (NASDAQ:) iPhone 4, which allows the screen to adapt to portrait or landscape format as users turned the handset. This sensor technology is now used in all mobile phones as well as for ADAS (advanced driver-assistance systems) navigation and active safety in cars.

* A recognised industry leader and innovator, Vigna has more than 200 patents on micro-machining and has authored numerous publications. In 2013 he won both the MEMS Industry Group’s Executive of the Year Award and the European SEMI Award.

* He joined the MEMS & Sensor Industry Group board in June 2019. Since February 2020, Vigna has been a member of Electronics Cluster Advisory Board (CAB) for the Agency for Science, Technology and Research (A*STAR) of Singapore.