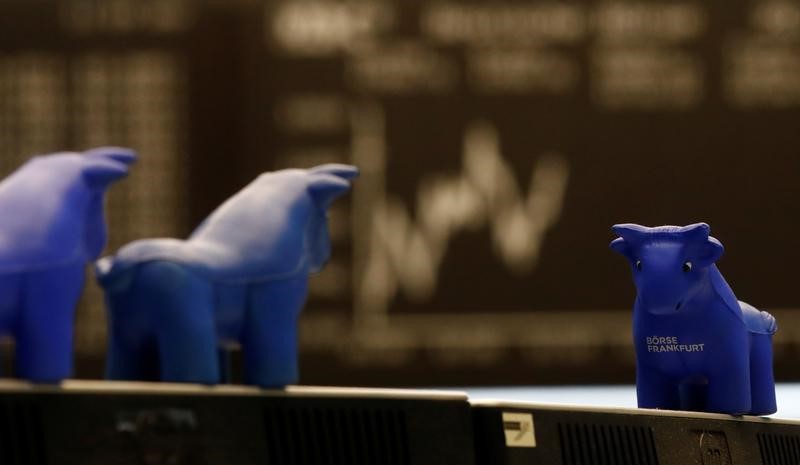 Investing.com – European stock markets edged lower Friday, weighed by concerns that the region’s patchy vaccination program will lead to a slow recovery from the Covid pandemic.

The tone was set by a string of worse-than-expected readings for industrial production across the Eurozone, with German unexpectedly falling for a second month in February, by 1.6%, and French output contracting 4.7% instead of growing by 0.5% as forecast.

“It would need an explosion of manufacturing and construction activity in March to prevent the German economy from falling into contraction in the first quarter of the year,” ING analyst Carsten Brzeski said in a note to clients.

Continental Europe has struggled to cope with a third wave of the Covid-19 virus, exaggerated by the region’s lack of success in organizing a concerted vaccination program.

This hasn’t been helped by growing worries over the safety of one of the most prominent vaccines. Italy, Spain and Belgium have joined other European countries in limiting the use of the AstraZeneca (NASDAQ:) vaccine, even after the European Medicines Agency on Wednesday repeated that the benefits of the drug outweigh the risks of very rare cases of blood clots.

The lack of common guidelines within the EU over the use of the drug can only increase public hesitancy, slowing the chance of the region achieving widespread vaccination.

Tui (DE:) stock fell 6.4% after the travel company said it planned to offer convertible bonds worth 350 million euros to improve its liquidity position.

Airbus (PA:) stock rose 3.1% to its highest since the start of the pandemic after the French planemaker reported slightly higher deliveries in the first quarter.

Oil prices drifted lower Friday, with traders trying to digest the competing influences of rising supplies and a global economic recovery that is gradually gathering steam.

Both contracts are on track to post a drop of between 2% and 3% this week following the decision late last week by the Organization of the Petroleum Exporting Countries and its allies, including Russia, to gradually increase supplies by 2 million barrels per day between May and July.