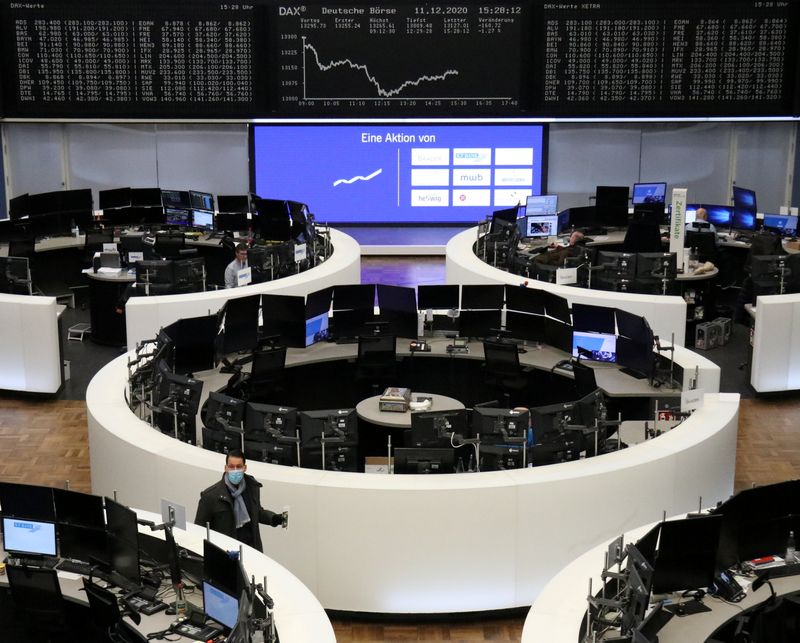 (Reuters) – European shares rose on Monday, as a decision to extend trade talks between Britain and the European Union kept hopes of an eventual deal alive, but London's blue-chips lagged on a higher pound as well as a 6.3% drop in AstraZeneca (NASDAQ:AZN).

Leaders from both sides decided to extend talks beyond a Sunday deadline in an attempt to secure a deal to govern around $1 trillion in trade, currently free from tariffs and quotas.

The pound, battered recently by the prospect of a chaotic British exit from the bloc, rose more than 1%, weighing on London's export-heavy firms that earn revenue in dollars.

The FTSE 100 was flat as gains in most sectors were offset by a slide in AstraZeneca. The drugmaker said over the weekend, it would buy U.S. drugmaker Alexion Pharmaceuticals (NASDAQ:ALXN) for $39 billion in its largest ever deal.