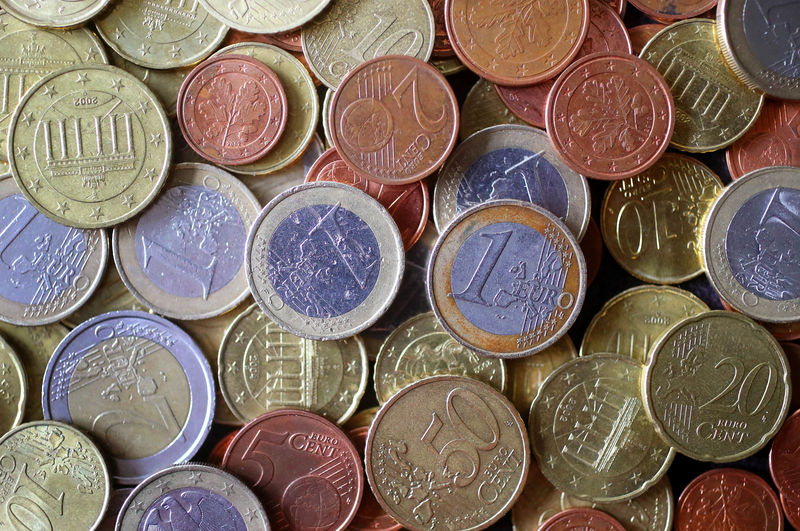 (Bloomberg) — Don’t read too much into the euro’s recent bout of strength — its headwinds are continuing to swirl.

The common currency has advanced nearly 2% since Aug. 20 as dovish signals from the Federal Reserve weighed on the dollar. Yet with the European Central Bank’s policy decision just around the corner, and the pandemic damping the prospect of a hawkish shift, it may be running out of steam.

“The risks are skewed toward a lower euro-dollar pair because it’s been rallying and I think the ECB will out-dove market expectations,” said James Athey, investment director at Aberdeen Asset Management, who is short the shared currency.

But a hawkish tilt could also weigh on the euro, Athey said. The BTP-bund spread has narrowed to around 100 basis points this week, from close to 120 in May. Should the central bank surprise investors by scaling back stimulus faster than they expect, this risk gauge would widen again, weighing on appetite for the common currency.

Signs are mounting that the euro is bumping up against a ceiling. The euro-dollar pair is seen trading little changed at $1.19 by year-end, according to the median forecast of 84 analysts. It fluctuated close to that level on Tuesday.

The could test $1.20 this week, its highest since late June, but it may require a bigger surprise than anything the ECB can offer to break out of its current range, said Kit Juckes, chief foreign-exchange strategist at Societe Generale (OTC:) in London. “The best I can hope for is ‘steady as she goes,’” he said.

To be sure, there are still bulls out there. At Australia & New Zealand Banking Group (OTC:) Ltd., senior international economist Brian Martin sees the ECB scaling back bond buying soon, which could help the euro to rise.

Until now, the ECB has insisted that any surge in consumer prices is destined to be temporary, allowing officials led by President Christine Lagarde to keep crisis stimulus flowing. That contrasts with global counterparts such as the Federal Reserve, which has flagged the need to start talking about scaling back.

The currency will likely push higher if the ECB announces that it will taper its monthly asset puchases, but this is unlikely to last, according to Jane Foley, head of foreign exchange at Rabobank. “Lagarde will likely be keen to underpin the ECB’s dovish credentials and may try and avoid using the term ‘taper’ altogether,” she said.