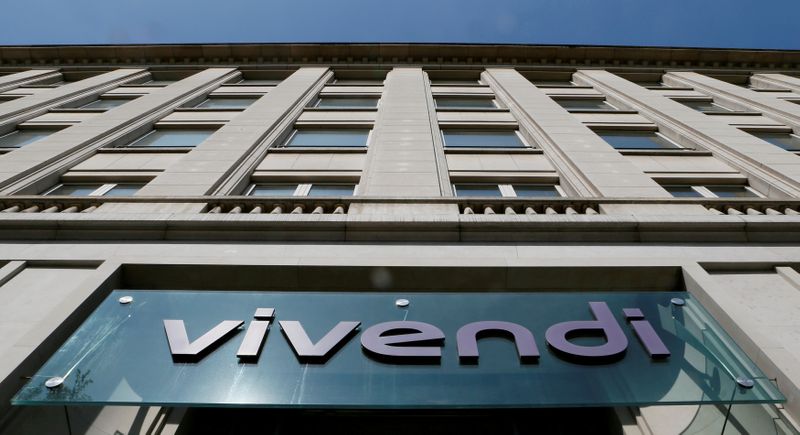 © Reuters. FILE PHOTO: A logo is seen over the main entrance of the entertainment-to-telecoms conglomerate Vivendi's headquarters in Paris

In a letter sent to Italy's Industry Ministry on Friday, the Commission said the law was not notified to Brussels, making it potentially inapplicable, according to the la Repubblica report.

The new rule could be "incoherent with European treaties," the report said, citing the document.

The new law could help Mediaset – controlled by the family of former Prime Minister Silvio Berlusconi- in a long-running dispute with its second-largest shareholder Vivendi.

The two groups have been locked in a fight since 2016 when Vivendi ditched an accord to buy Mediaset's pay-TV unit and built its 29% stake, which the Italian broadcaster considers hostile. Attempts to reach a compromise have been unsuccessful so far.