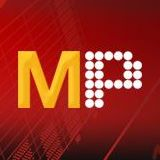 Asia was always set for a tough day at the office after the lower data darkened the recovery mood in the US and sent Wall Street into a negative close. The poor China data set today has confirmed the risk aversion mood and Asian markets are mostly lower today. Thinking about the low US inflation data yesterday, ostensibly receding tapering fears as an aftermath should have been positive for equities at the margins. Instead, Wall Street fell, and the remained firm. That is probably a warning side that the downside is the path of least resistance for the remainder of the week. One wonders if the talk about impending hikes in US corporate tax rates is also permeating US equities.

The fell by 0.57%, while the curse of the Apple (NASDAQ:) product release struck again, with the closing 0.45% lower. The cyclical-orientated suffered the most, slumping 0.82% and is in serious danger of breaching an upward support line going back to the lows of March 2020 and falling through its 100-day moving average. Futures in Asia have risen on all three by around 0.20% though, as short-covering meets low liquidity in Asia.

The rise in US futures appears to have limited the fallout in Asia of the China data, as has the relatively benign negative reaction by mainland exchanges post-the China data. China’s data dump may have also raised expectations of more fiscal stimulus. The is 0.50% lower with the actually climbing into positive territory, now 0.16% in the green.

In China, the has fallen by just 0.22%, although the narrower blue-chip is down by 0.90%. The has fallen by 0.35%. China’s latest target, Macau’s casinos, saw the slump initially, the Hang Seng tumbling by 1.50% in a perfect storm of gaming chips and China data today.

Singapore is 0.65% lower with Kuala Lumpur falling by 0.25% and Taipei by 0.35%. Bangkok is flat while Jakarta is bucking the trend after Indonesia’s trade data today showed massive recoveries in exports and imports and a larger trade surplus. That has sent the Jakarta Composite higher by 1.50%. Australian markets are tracking Wall Street and Asia, the falling by 0.35%, while the is 0.25% lower.

Europe will struggle to shake of the US and China data reactions today and I expect markets there to open slightly lower. Wall Street is likely to get another dosh of growth wobbles tonight after China’s missed so badly today.