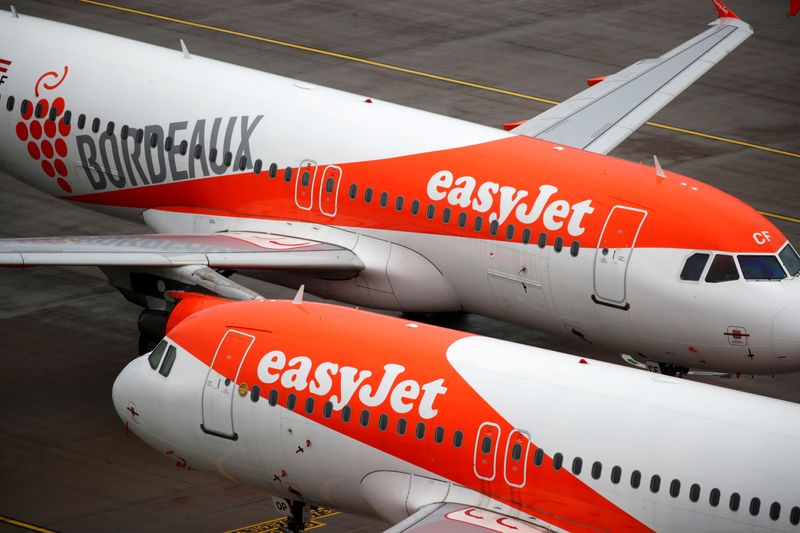 LONDON (Reuters) – EasyJet has begun moves to suspend the voting rights of some non-EU shareholders to comply with post-Brexit airline ownership rules, the UK airline said on Monday.

European Union rules state that EU airlines must be owned and controlled by EU nationals or else lose their licences. EasyJet has held an Austrian operating licence since 2017 to retain its EU flying rights despite Britain leaving the EU.

But the airline is currently 52.65% owned by non-EU shareholders, meaning it must make changes to meet EU rules following the end of the Brexit transition period on Dec. 31.

However, concerns persist that the compliance efforts may be unsustainable or open to legal challenge by competitors.

The post-Brexit aviation pact includes no flexibility on the treatment of UK shareholders but does acknowledge "potential benefits of the continued liberalisation of ownership and control", with a pledge to review the rules over the next year.

EasyJet said on Monday that investors from outside the EU would be restricted to controlling 49.5% of its shares, and as such it was sending out notices to shareholders holding more than 3% of shares to suspend some of their voting rights.

The investor register will also be kept under review, easyJet said, saying that if non-EU ownership remains over the 49.5% maximum for a sustained period it could start to force those shareholders to sell their shares to EU nationals.